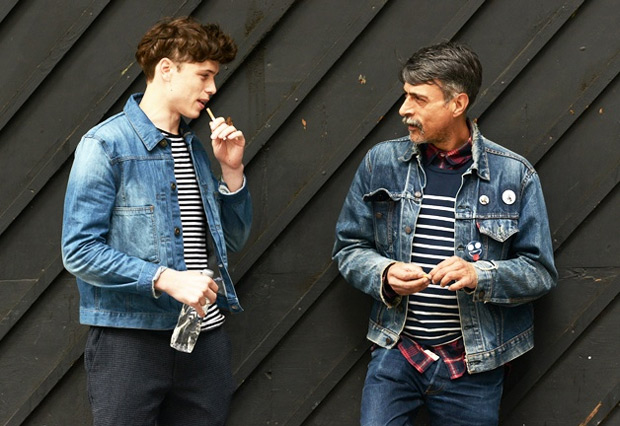 This is more a rhetorical question rather than any straight down the line inquiry, but how long does a trend have to be around before it stops being a trend and becomes part of style family? I guess it’s me, rather than you, the reader, who should be answering the question posed but the truth is… I’m not really sure.

The Breton sweater or t-shirt is the perfect example of an item of clothing that transcends the boundaries between being ‘on-trend’ and/or simple being a piece of timeless style; the classic blue and white stripes have been worn by men (and women) at various stages throughout its existence – more on that in due course – but it has never really always been part of the style set.

Right now however it is an integral piece of the male wardrobe and can be seen throughout the year being worn as either a heavyweight knit, a jersey sweater or the increasingly popular summer t-shirt. 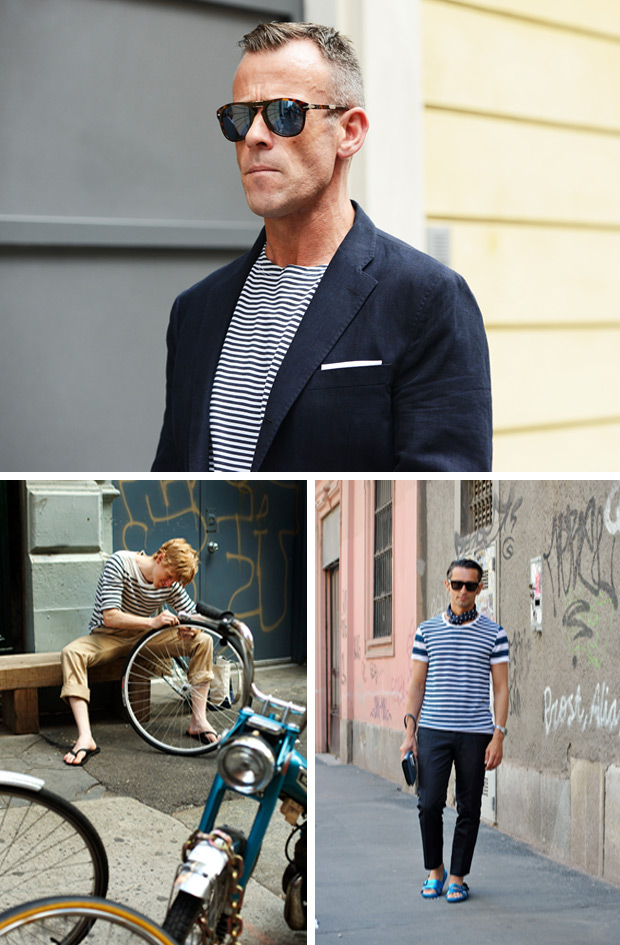 It may not always have been a permanent source of style but there have been many occasions in the past century when the Breton top has been at the peak of its sartorial powers.

The jumper first came about in 1858 when it was enshrined in French law as the uniform of French sailors with the original design featuring twenty-one stripes – each stripe representing the victories of Napoleon – and was originally called a mariniere.  Fisherman in the Breton region of France subsequently adopted the top and the name has been attached ever since.

I highly doubt Napoleon envisaged those stripes ever becoming attached to the world of fashion but it has been adopted through the decades by various groups and icons of music, film and art; Pablo Picasso, Andy Warhol, Kurt Cobain and James Dean have all made the Breton sweater their own while the fashion world has at regular intervals paid homage to those famous blue and white stripes. 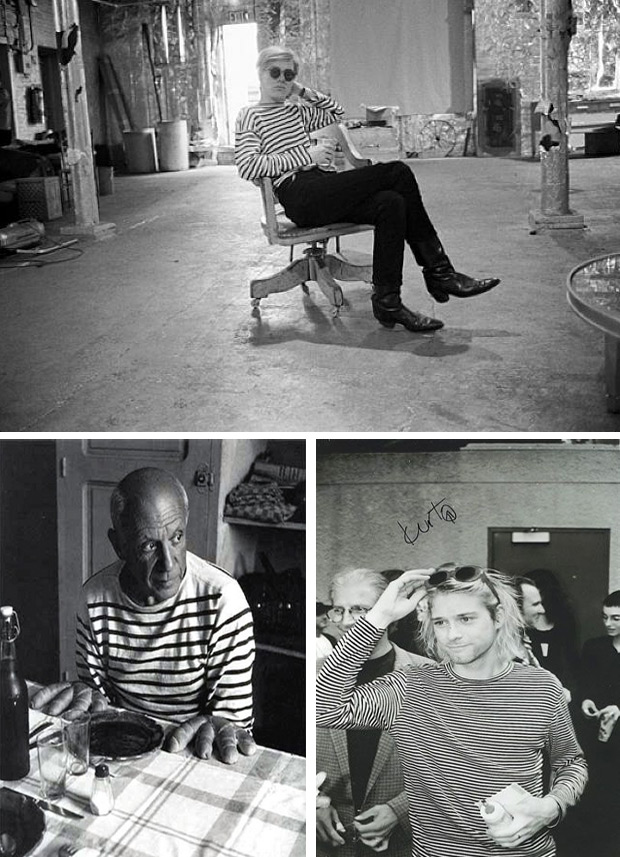 French designer Jean Paul Gaultier is possibly the most famous exponent of the Breton sweater, using it in a number of his collections but most famously as the bottle for his world renowned men’s perfume, Le Male. He is by no means the only world famous fashion designer to advocate this quintessentially Gallic pullover however, with the likes of Burberry, Balmain, A.P.C and Dior Homme all using this classic look in their collections over the past year or so. And of course the high street stores have been quick to realise every man is loving the striped top at present, adapting the traditional shape and colour into enough variations to keep it looking original for another century or so. 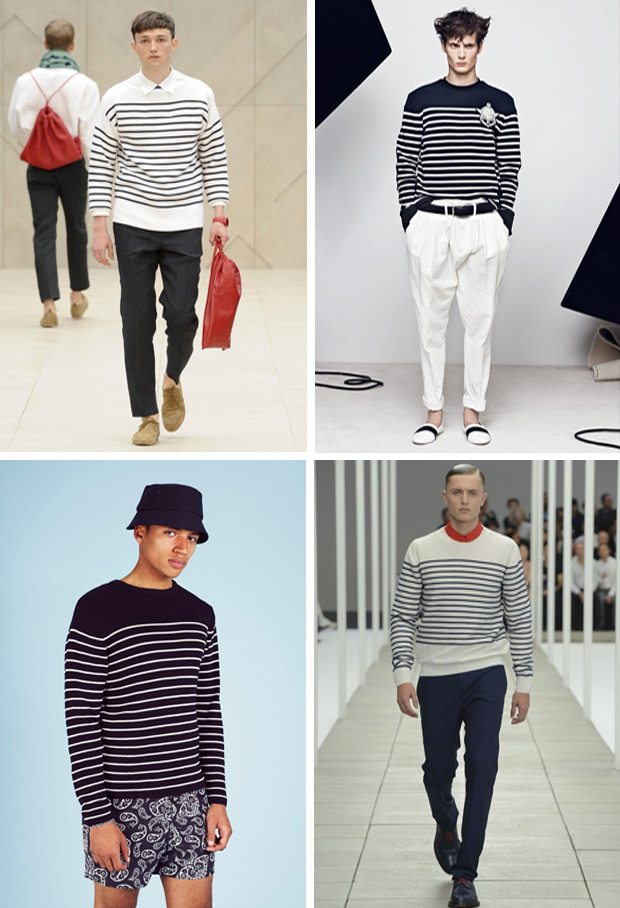 While the high street may have adapted the Breton sweater and t-shirt to suit the needs of their business and commercial needs, for us here at MFM you simply cannot beat the original. It has such a classic look to it, somehow it feels almost churlish to contemporise the look simply because modernity dictates.

So while it may come in stripes of green and red, yellow and sky blue, here’s a few ways in which you can follow the rich and the famous by wearing the Breton top in its traditional navy and white, while at the same juncture giving it that fresh fashionable feel.

Lightweight artist jackets, like Breton tops, are very much in vogue at present so why not go the whole-hog and team them up. Add a pair of slim fitting chinos and some deck shoes or plimsolls, thus ensuring a look that retains all the elements of the classic gent but ensuring it is very much in trend in all departments. 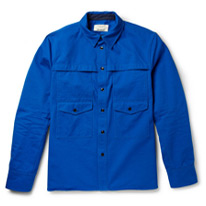 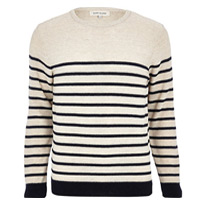 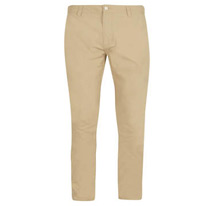 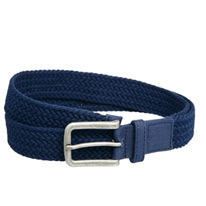 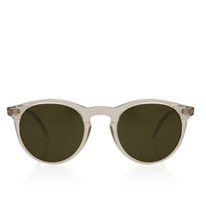 Naval men may be proud for keeping everything in pristine order and condition, but why not mess the Breton look up a little. An oversized, loose fitting sweater, ripped jeans and well-worn hi-tops should do the trick just fine. Of course no grunger look is complete without a few bracelets or necklaces, plus a leather jacket can never go amiss either. 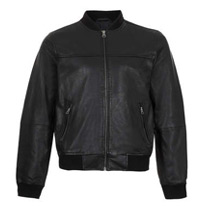 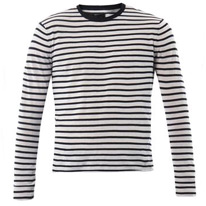 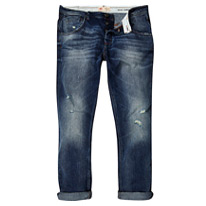 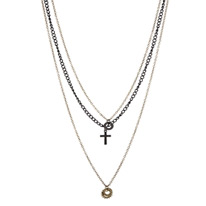 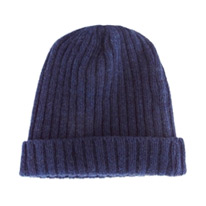 Suave and sophisticated with that debonair swagger, the Breton top may originate from a more rural French background but it wouldn’t look out of place of the heady streets of Monte Carlo. With a lightweight summer cardigan over a fine cotton, long sleeve Breton t-shirt, a crisp pair of formal trousers and some dapper loafers or dress shoes, this is most definitely a look for the more distinguished gentleman among us. 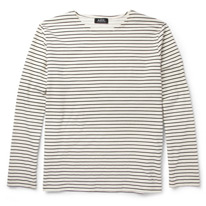 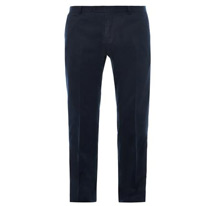 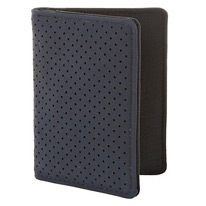 Breton stripes come and Breton stripes go, if you follow the trends that is. For those of you who like a little more substance and aren’t too readily swayed by the here and the now, the Breton sweater and the t-shirts that have become part of the modern fashion DNA will always hold a special place in the clothes we wear.

Be it a stroll along the beach in the height of summer or warding off the threat of cold in the depths of winter, there is always an occasion when those navy blue and white stripes will come in handy.

A great Frenchman once said: “Fashions fade, style is eternal.” Yves Saint Laurent might not have been referring to the Breton top per-se yet it’s a fitting quote from a true legend of the French fashion establishment.