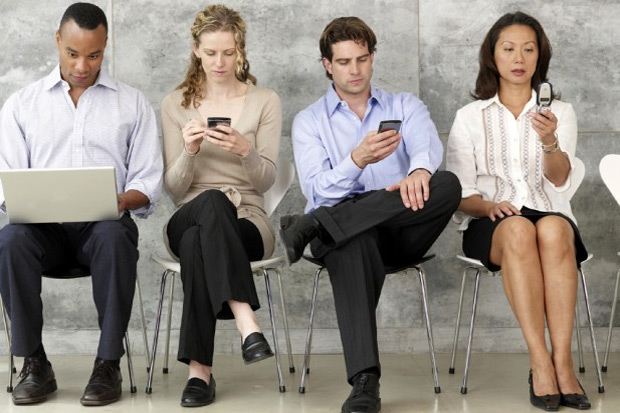 Put down that smartphone for a second. What do you mean you can’t? Is yours also glued to your palm? With the recent arrival of 4G, around 1.75 billion of us are now social-networking, trying to find the fastest means possible to send that selfie on Snapchat.

But is our current generation becoming more and more isolated as they chose to send a picture instead of directly speaking to someone? Could our future be a world where verbal communication ceases to exist, and instead you find yourselves limited to 140 characters for a simple conversation?

I think it’s fair to say that we all tend to share our lives one way or another through social media; be that a simple Facebook status or an Instagram photo with, of course, the unhealthy amount of hashtags. No doubt that those who practically commit their social life to the net will feel the adrenaline rush when the tiny beep from Facebook messenger comes from the inside of their pocket.

The question is whether or not we should be allowing ourselves to spend so much time hooked to our smartphones? If we look at the older generation, for example our parents, they survived perfectly well by sending a hand written letter, instead of the compressed 140 character tweet. So I’ll let you be the judge to decide which carries more meaning and sentiment.

Skype: A Remedy For The Long Distance Lovers.

Saying that, there are some great advantages to being able to send a message or even call someone half way around the world without having to spend a single penny. When our parents would write those heart filled letters, just how long did these messages actually take to reach the recipient? Probably a lot longer than the two second speedy email we are so accustomed to in today’s society.

Social media is also great for long distance relationships, so don’t fret about meeting the love of your life on your gap year, because you guys could still have that happy ever after when you come home. It’s clear to see that the majority of today’s long distance relationships would have fizzled out if we were still stuck in the dark ages, having to use pen and paper instead of a quick Skype call.

The problem is that today’s society is so lost in the digital world that we forget to actually pay attention to the things going around us. For example, the next time you’re sitting in a coffee shop, take a little look around you. No doubt you’ll see something similar to a row of men and women, total strangers to one another, yet all of them are in sync, glued to their iPad minis, tapping away as their coffees become cold.

Look even closer and you’ll probably find a young couple, in their mid-twenties, who occasionally let out a word to each other when they’re not both looking down at their iPhones, of course. But then again, they could just be admiring the filter that they had just used on Instagram to make their coffees look extra edgy.

A lot of us now-a-days would choose to give our thumbs a swipe to the right on Tinder, instead of simply going up to someone and introducing ourselves in a more sociable way. True, this could potentially be very awkward and the possibility of rejection is great, but at least you’d be doing something that is regarded as a human act.

Yet, what does sociable mean these days? Could it be that the word sociable has changed so dramatically since the arrival of social-networking that not directly speaking to someone can be substituted by sending them a tweet on Twitter? Only time will tell…

There’s just no stopping the development of today’s technology and social media, where a simple like on Instagram can get you 100 followers in just a matter of two minutes. Ironically, these people following you probably don’t even know the first thing about you.

Social media shouldn’t be ruled out completely because that would be tweetasticly insane, as it has become extremely useful for a number of working jobs, such as journalism. But, the important thing to remember is not to get too tied up with your hashtags. The next time your friends invite you to the pub, think twice about declining the offer, just so you can sit in front of the mirror and chose the best filter possible for your instaselfie.