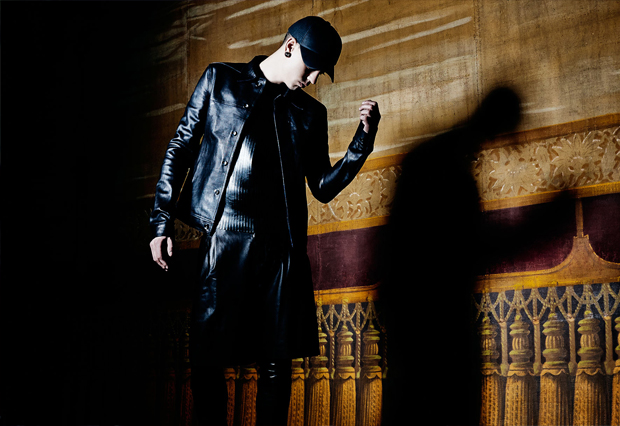 Knock knock? Yes, it’s that time of year again – Halloween! And after a number of supermarkets recently withdrew some questionable and altogether inappropriate Halloween costumes from their shelves, the pressure to commit to the spooky holiday is higher than ever. Here at MFM, we love any reason to dress up, and what better time than on All Hallows’ Eve. That’s right, October 31st is fast approaching and it’s time to start thinking about your costume ideas. Whether you’re trick-or-treating with your family, attending a costume party or just telling flashlight horror stories, this is our guide to staying stylish this year – because after all, what’s more scary than a fashion faux pas?

However, this guide comes with a warning; these costumes are meant to be easy and simple as there is nothing worse than going too conceptual on Halloween with people asking “What are you?” (take the Doppler Effect idea Sheldon Cooper did on The Big Bang Theory – disaster!) So from your favourite television characters to those we love on the silver screen, here is just a sample of ideas for you this year.

With the advent of on demand television, we want our stories and we want them now! From the critically acclaimed Breaking Bad to the fantasy world of Game of Thrones, fans of these series have an array of characters to dress up as this Halloween.

Apart from a packet of blue meth, we say anything goes for Walter’s costume. All you’ll probably need is a simple button down shirt, jeans and a yellow over-all suit. But don’t worry if you can’t get your hands on one of these, just replicate the look with an anorak, or something similar. And unless you’re feeling brave, we wouldn’t advise shaving your head, as you might regret it come November.

You might think this one’s a little pricey, and if we’re honest you could replicate the look with a lot less money, but for Don Draper it’s all about being sophisticated. So with that, we’ve decided to go for this tweed suit, something in my opinion that most men should already have in their wardrobes, along with this stunning knitted tie (a blue and red stripe reminiscent of Freddy Krueger – just to add that extra little bit of Halloween inspiration to your outfit).

And finally, for those of you who are either 1) brave, or 2) simply immune from October’s plummeting temperature, then this one is for you. My favourite GOT character is Khal Drogo and, while I don’t have the physique to pull off this look, it’s an easy one to copy for those of you who do. Pair some corduroy, or suede, bottoms to mimic the Dothraki horse hair trousers and buy some leather straps which you can add to an old apron that’s just sitting in your kitchen. For a unique costume, fright night is all about making an effort, so buy something, and make something.

Now we turn our ideas to the scary silver screen. Whether you’re into archaeology or wizardry, these costumes will have you standing out from the vampires and ghosts this year.

For those of you who already own a whip, this one won’t require much more effort! White/cream shirt (check!), leather jacket (check!) and some tan shoes to match the belt. Done. Now you can have all of the glory without having to spend a fortune, kid – fur felt fedora optional.

Only on Halloween can serial killer look stylish. For a crazy level of chicness, again you probably own most of the required items for this idea, pair a striped shirt (Canali) under a darker striped suit and this stunning tie (Liberty) for an outfit that is sure to kill.

Being avid fans of the films, and of course the books (J. K. Rowling is our Queen!), this costume is always at the forefront of my mind once autumn leaps into October. Arguably the simplest idea to replicate, the three basic items you’ll need is a white shirt, v-neck black jumper and striped tie (thankfully my old school tie is red and gold, but this Alexander McQueen one will do nicely with its coloured stripes and skulls for an extra spooky look). Also, if you really want to commit to becoming a fellow Gryffindor, many supermarkets and costume shops sell HP-esque glasses, scarves and face paints, should you want to brand yourself with a lightning bolt scar, too. With that said, you’ll be ready for a Hogwarts Halloween in no time. Let’s just hope there are not too many trolls out that night.

This year, Halloween doesn’t just have to be for sugar-crazy kids and girls wishing to mimic Miley Cyrus (we’re predicting more twerk than treat!). While pumpkin orange accessories and vampire teeth are always going to surface every Halloween, why not get inspired from your favourite on-screen characters. For us, there is nothing better than carving jack-o‘-lanterns, eating lots of candy and dressing up as our favourite fictional heroes. Mind you, there is nothing worse than disastrous costumes so we beg you, please don’t leave it until the last minute. The ‘Bin-bag Dracula’ look should only be reserved for children aged 12 and under, and the superhero look has been done to death. It’s time to get creative and stylish this year whatever you’re doing!