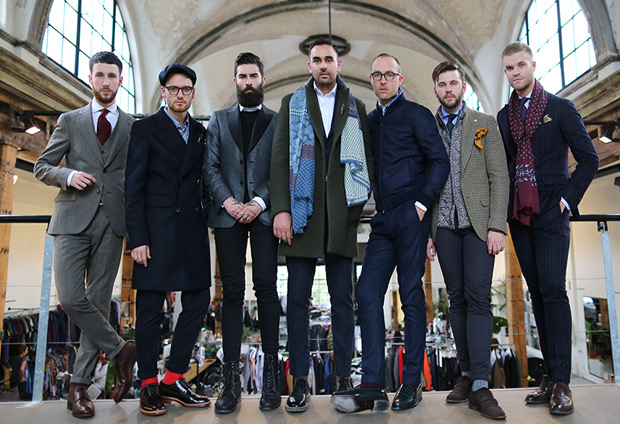 Amsterdam fashion brand Scotch & Soda are known for their unique, high quality garments. The brand may have been established in the 1980s, yet it was not until later that they became the fashion powerhouse that they are known to be today. In 2001, the brand took what they now call ‘a brave new start’, and re-launched, following the arrival of three new owners. Now, the globally esteemed label has over 94 Scotch & Soda stores and more than 7000 other sales points worldwide.

The brand have recently introduced Atelier Scotch, a new tailoring collection. The range is able to transport the traditional gentleman to the 21st century by experimenting with design, colour and material. While the collection boasts of luxury and style, the clothing remains comfortable and wearable. According to Atelier Scotch, “The Atelier Scotch gentleman is an erudite character collecting influences from across the globe in a ceaseless hunt to create his own distinct handwriting”.

In a short video that lasts little more than two minutes, Sartorial 7 do justice to Atelier Scotch by putting their own spin on the brand’s AW14 collection. The fashion obsessed men model the clothing range by selecting outfits that best express each individual’s own personality and unique style. According to their website, Sartorial 7 aims ‘to inspire the everyday man to live a designed life’. This message is certainly in par with Atelier Scotch’s claim that they provide every man with the opportunity to develop the look of the gentleman in their own style.

Atelier Scotch’s new collection is available at http://webstore-uk.scotch-soda.com/men/atelier-scotch and don’t forget to take a look at Sartorial 7’s video to inspire the hidden gentleman in you.