Ryan Gosling Style Icon article published on Tuesday, we now look at how his style has transformed over the years. It was just last year that protestors flooded the streets of New York to protest the " /> 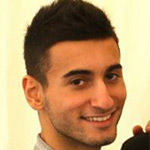 Following on from our Ryan Gosling Style Icon article published on Tuesday, we now look at how his style has transformed over the years.

It was just last year that protestors flooded the streets of New York to protest the snubbing of actor Ryan Gosling as Sexiest Man Alive for People Magazine. There is no denying that Gosling has charmed everybody in the industry, but it’s his fashion evolution which has both startled and surprised the world of fashion. From hits, to misses, I am going to rate 5 of Gosling’s most popular looks over the years.

Some may enjoy the grungy look that Gosling went with at the Teen Choice Awards 2005, but it did not do it for me. The almost tacky graphic t-shirt matched with a tuxedo jacket and an old pair of dirty shoes was less than endearing.

It was a cross between a rebellious fourteen year-old boy and a homeless man. RATING: C-

Hot off an Oscar nomination and Rachel McAdams on his arm, Gosling charmed critics, fashion stylists and colleagues alike with this Valentino suit. Simple, classic and smart; he looked like something out of an old black and white film.

His shaved head gave an edge to the classy look, and he definitely walked away with best-dressed that evening. RATING: A-

This goes down as one of Gosling’s most famous looks. However, it was for all the wrong reasons. Whether it was the fact he was still in character after playing a drug addict in Half Nelson or that he just could not find an actual suit, this graphic print tuxedo on a t-shirt was a mess. Not even a nice shave could have saved this.

At least he got nominated for an Oscar for his performance in the film, but a fashion award was far off. RATING: D.

A little inspiration from the rebel without a cause James Dean and Gosling has a successful outfit for a night out. The graphic skull t-shirt matched with the leather jacket and white hood is a fun, youthful and edgy look for any man! Easy to copy, the look is something every man of fashion to try out at least once on a night out.

Motorbike not included. RATING: B+

It may be last, but it’s definitely not least! This custom made Ferragamo tuxedo from last years Cannes will go down as Ryan Gosling’s greatest red carpet look of all time. The all blue attire was Gosling’s entrance into high fashion couture and everything went right for him that evening. With a little facial hair and his hair slicked back, it’s a look no other man can pull off no matter how hard they try. But attempts are welcome.

It is absolute red carpet perfection. RATING: A+

What’s your favourite look from Ryan over the years? Let us know!