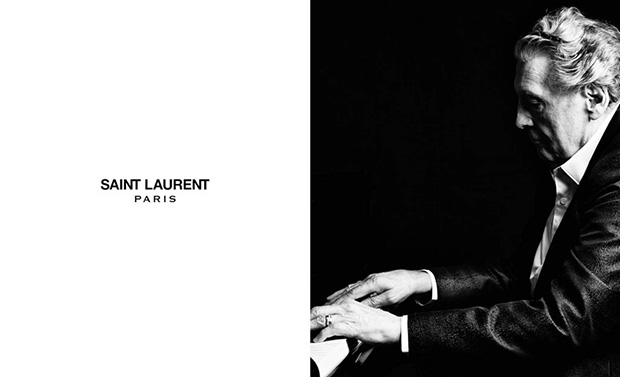 Hedi Slimane is known for sending of-the-moment rockers and musicians down his catwalks, and he has dressed Daft Punk for all their official engagements, but now Hedi is revisiting some of the classics for his revisit to the Saint Laurent Music Project.

For this installment of the Music Project he has enlisted rock ‘n’ roll greats Chuck Berry, BB King and Jerry Lee Lewis to sit for him. The images were personally shot by the designer in his signature black and white style on location in the United States. The musicians were also dressed and styled in custom-made Saint Laurent tuxedo jackets.

This is a true blend of art forms in which the fashion and music world seamlessly collide to create beautiful art in the form of photographic imagery. Also with the use of these rockers, could this be a clue to the soundtrack to the next men’s show this coming January?