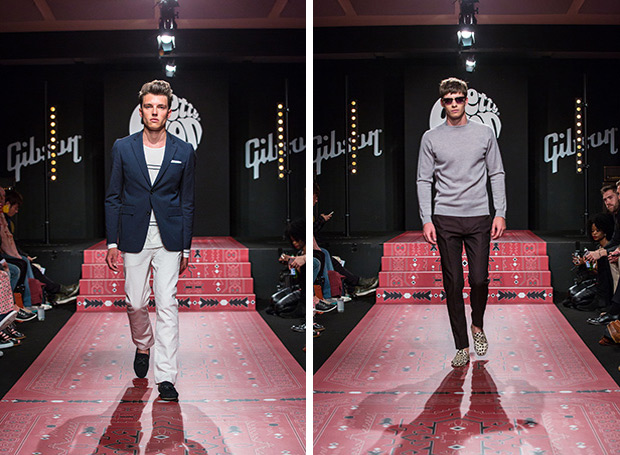 Monday 16th of June saw Pretty Green showcase their Spring/ Summer 2015 collection to the press and buyers at London Collections: Men. The event took place at the famous Gibson Brand studio, the private HQ where artists such as Paul Weller, Miles Kane and primal scream plan their tours. The models took to the catwalk with a sound track of rock and roll to debut the collection entitled ‘The Production’ which according to designer Pat Salter was inspired by a visit to the famous Abbey Road studios. Tailoring has always played a big part in rock and roll and although Salter’s collection was inspired by music references it was also very modern and directional. 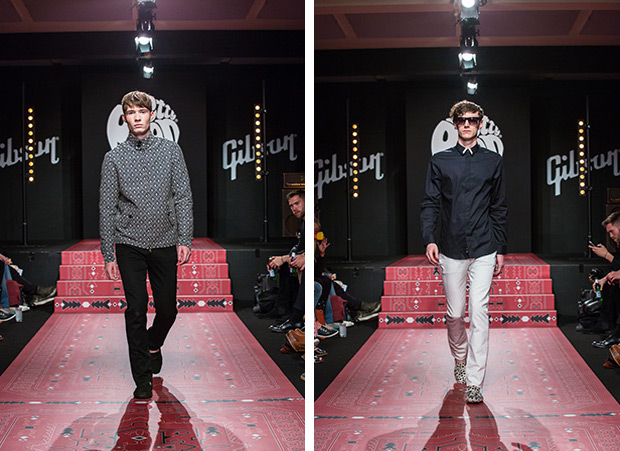 Many of the pieces were limited edition including lots of contemporary tailoring, fine gauge knits and optical print shirts. Key items included a Black Label outsized parka based on one of Liam’s vintage pieces, a micro dot peak lapel suit and also an English made trench coat with bespoke leather hardware.

Pretty Green’s black label has always produced fantastic pieces amongst its premium capsule collection but this display was on another level to what we’ve seen before. You had your stand out Pretty Green staple regulars that featured in the shape of the outsized parka in a beautiful rich plum colour along with exquisite leathers in the form of a biker and a belted riding jacket in a luxurious cream colour. The main thought that stood out in my mind as I left the Gibson Brand studio was that this collection would not of looked out of place on the catwalk show schedule of LCM. This collection had a fantastic flow and real presence. 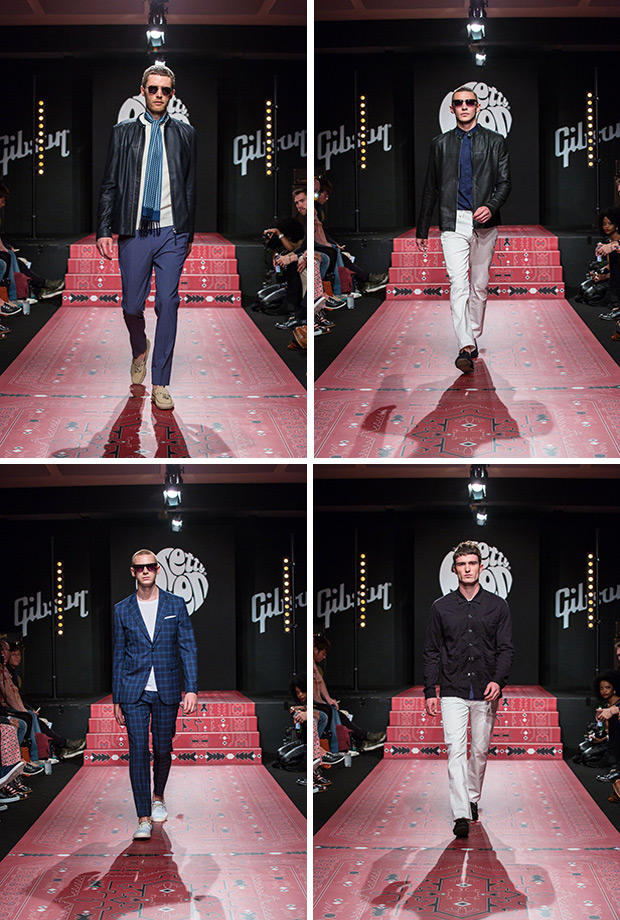 The collection’s flow came from a simplistic colour pallet with off whites, tonal blues and sharp hits of black which were prominent. The presence I felt came from the minimalistic approach in terms of the clean lines and stand out cuts of the outfits on show. For myself, the highlight of the showcase was the strong array of tailoring on show. Fantastically cut double breasted jackets which had perfect proportions that sat perfectly in the middle between traditional and modern. 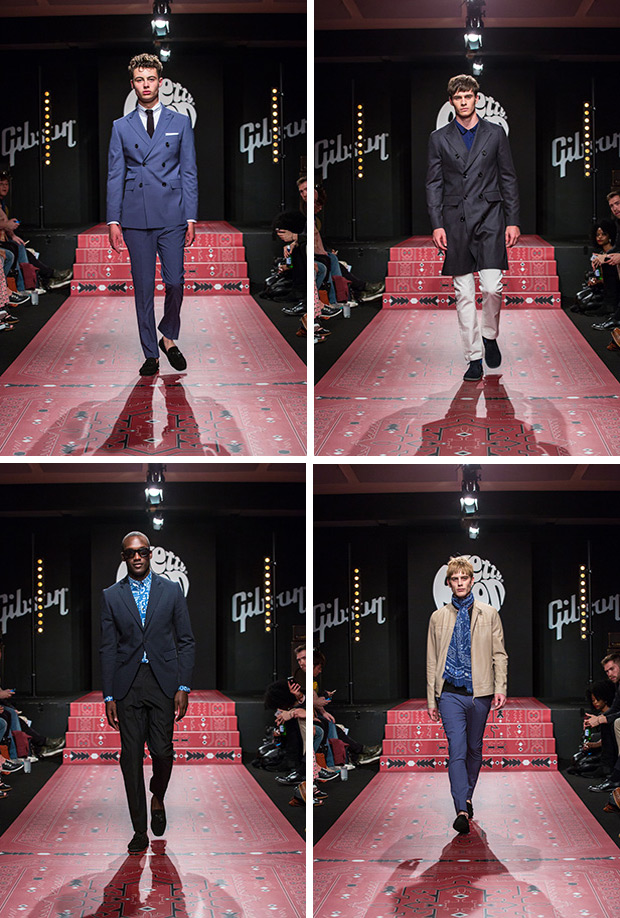 The styling that went with the tailoring was really on point and was totally relatable. We saw a Piccadilly collar with knit tie for a real sharp formal look, then we had an off white double breasted number paired with a crew neck tee that looked equally sharp. It’s that whole modern approach of dressing down tailoring to dress up if you like that Pat Salter executed superbly. 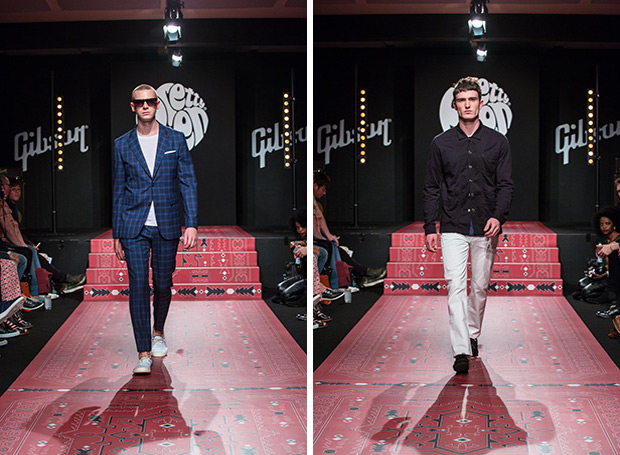 Although the tailoring was of an impeccably high standards my favourite piece from the show was the ‘Liam’ driving shoes which were similar to the spotted mohair version that is a favourite of Mr Gallagher. I will definitely be putting in an order for the black pair with brown spots. 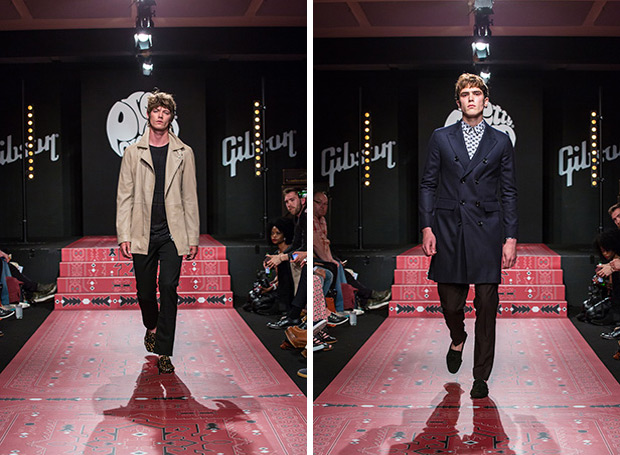 To conclude Pretty Green nailed it and I look forward to seeing what Mr Salter has up his sleeve for next season because it’s going to take something pretty special to top this collection.