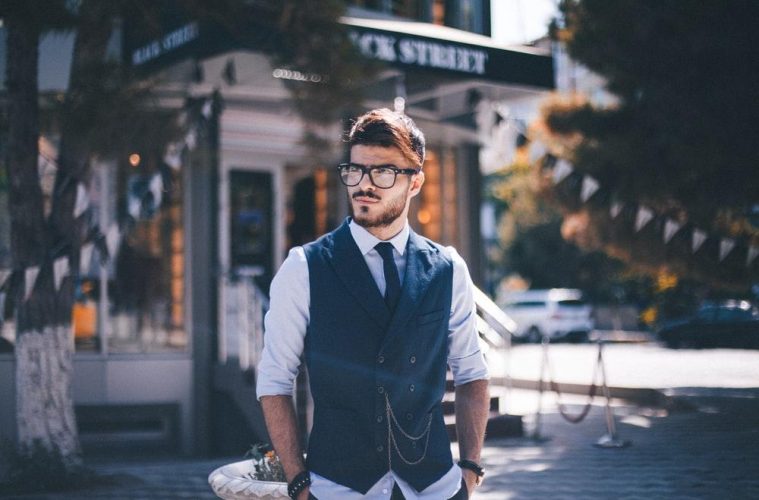 While it’s true that the majority of people who get plastic surgery are women, there are still plenty of men who undergo cosmetic procedures too. With plastic surgery becoming more popular than ever, the taboo surrounding it is slowly disappearing. From Botox to blepharoplasties, men of all ages are getting work done – and they’re even talking more about it. They might decide to celebrate a career advancement by visiting a rhinoplasty specialist, like the doctors at Lahar Plastic Surgery; or, they might get an otoplasty (ear surgery) in order to boost their chances at finding hot dates. Whatever the reason, there’s no doubt that certain plastic surgeries are more popular with men than others. Let’s take a closer look below.

Few things can age a person as quickly as wrinkles around the eyes; as it happens, that’s exactly what a blepharoplasty addresses. The procedure removes excess skin on the upper eyelids, and can also remove eye bags underneath the eyes. This results in tighter skin, fewer wrinkles, and less sagging. In some cases, this procedure may actually be medically necessary for those who can’t fully open their eyes due to loose skin in the upper eyelids.

This procedure is often used to correct the dreaded turkey neck, which is something that both men and women may experience as they grow older. It can address more than just a turkey neck, though; it can also make the neck appear longer, and add definition to the jawline. Traditional neck lifts are most effective, while limited neck lifts have a shorter recovery period. This procedure can also be paired with liposuction, especially if the patient wants to get rid of a double chin.

There are all kinds of cosmetic procedures that can address wrinkling in the face, and some of them don’t even include surgery. Facial fillers (like hyaluronic acid) and Botox are injected into the face to smooth wrinkles, fill creases, and treat acne scars. They can be used anywhere on the face, and although it’s possible to overdo both fillers and Botox, a common-sense regimen can maintain results without producing an exaggerated effect.

As one of the most popular plastic surgeries ever, the rhinoplasty is obviously going to be on this list. It’s usually done as a cosmetic surgery, but it can also be medically necessary to fix a deviated septum. A rhinoplasty can involve removing part of the bridge or tip of the nose, or building it up for a more robust profile. In some cases, the surgeon may use cartilage from an ear or rib to transplant into the nose.

Of the few features that have the most influence on the face, the chin is one of the most important. A strong chin can give a masculine appearance to the face, while a weak chin usually does the opposite. A mentoplasty uses a customized implant placed over the bone in the chin to enhance the shape; the surgery isn’t that invasive, but there is a small risk of implant migration or nerve damage.

If diet and exercise can’t procure the desired results, liposuction can help. It isn’t a solution for instant weight loss; instead, it’s a technique that effectively highlights existing contours. The most commonly requested areas for liposuction are the flanks and abdomen, but of course it can be used to target almost any area. To perform the procedure, the surgeon will make small incisions, use one of several techniques to dislodge the excess fat, and then suction it out. The recovery period for liposuction tends to be fairly long, but with proper aftercare the results will last for years.

Male-pattern baldness currently has no cure, but hair transplants are a proven way to address the aesthetic aspect of the issue. There are an estimated 50 million men in the US experiencing premature hair loss, so it makes sense that hair transplants are one of the most commonly requested cosmetic procedures among men. In one method, individual follicles are transplanted; this results in less scarring. In another method, strips of hair are transplanted at once; the results look more natural, but the scars are also more prominent.

Bigger breasts might be desirable if you’re a woman, but if you’re a man that certainly isn’t the case. Gynecomastia is a medical condition that involves hormonal imbalance; men can still have “man boobs” if they’re overweight, but that can usually be resolved with weight loss. Gynecomastia can’t be fixed by anything other than this procedure, which removes the excess tissue through liposuction and excision. If needed, the areola can also be reshaped or repositioned.

If a man wants to look like he has toned pecs without having to put in the hours at the gym, he can get pectoral implants. This is essentially the male version of a breast augmentation, but instead of imitating soft breast tissue, the implants imitate firm pectoral muscle. This procedure also has an advantage over a breast augmentation, because these implants aren’t as likely to leak as most breast implants. Recovery time is around two weeks minimum, with the swelling taking several weeks to disappear fully.

We don’t pay much attention to ears – unless they’re difficult to ignore. Sometimes ears stick out a bit too far, are too big, or have an irregular shape. If that’s the case, the issue can be fixed through an otoplasty. There are several different methods that are applied depending on the aesthetic goals of the patient, but most of them involve adding, removing, or reshaping the cartilage of the ears.

The stigma surrounding plastic surgery is decreasing in general; hopefully the same is true for men’s plastic surgery. Whether a guy decides to have work done to get more respect in the workplace, more success in his dating life, or simply to have higher self-esteem, plastic surgery can help move his plans forward.