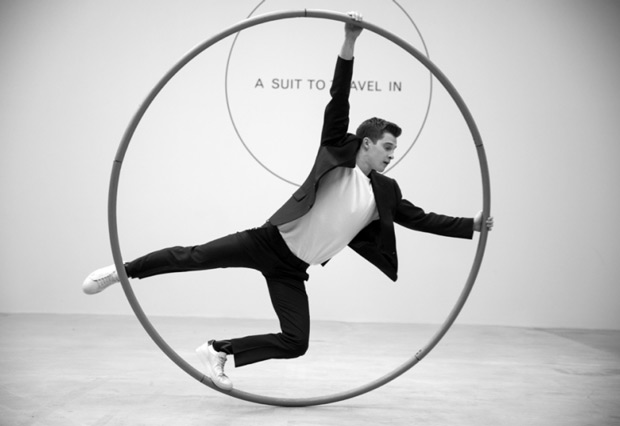 London Collections: Men has developed a reputation for showcasing some of the most cutting-edge, innovative and dynamic menswear, a reputation that was cemented by Paul Smith unveiling a new suit design during the shows earlier this month. 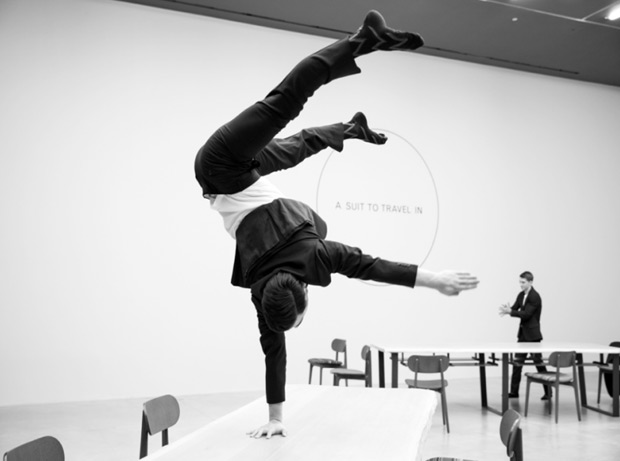 ‘A Suit To Travel In” does as the name suggests and features a plethora of carefully considered details, all of which help make the uncomfortable and impractical concept of wearing a suit to travel in a much more comfortable experience.

The wool yarn used to construct the suit has been treated to make it water-repellent and the cloth itself is crease-resistant, so travelling on planes, trains and in cars will not compromise the smart tailored appearance of the suit. It also features some signature Paul Smith details like high-density corozo nut buttons and a split melton collar with contrasting panels. 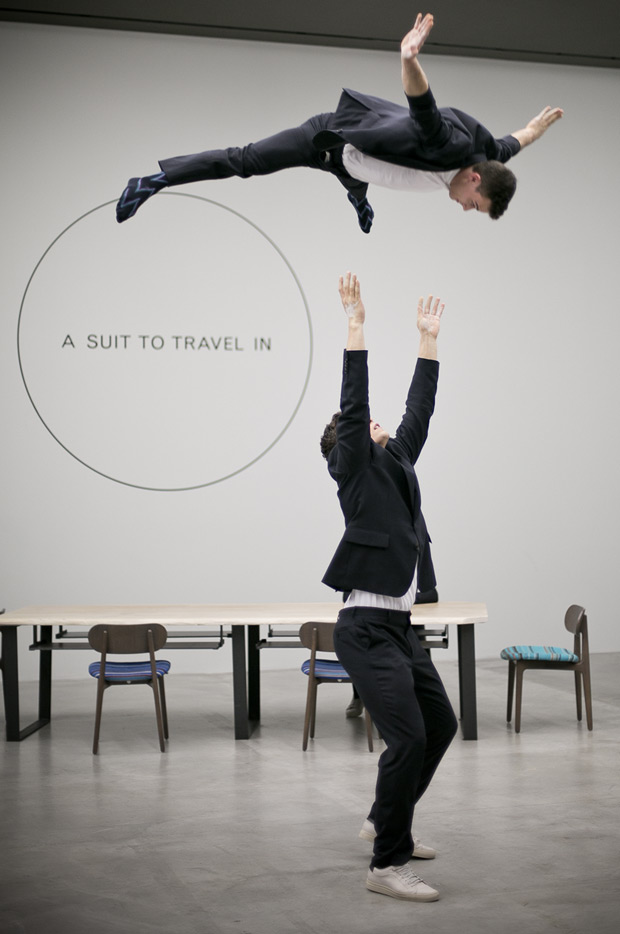 The suit made its debut at LC:M with an impressive and much talked about acrobatic performance from Olympic medal-winning athlete Max Whitlock as well as artists from the National Centre for Circus Arts under the direction of former Head of Movement for the Royal Shakespeare Company, Struan Leslie, all of whom wore “A Suit To Travel In”. 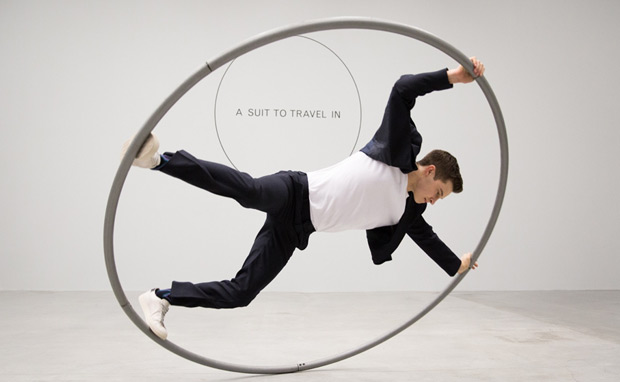 The gymnastic performance was designed to showcase how the suit behaves when put to extremes in terms of movement. Stretching, bending and reaching, all of which can be common activities when travelling, were apparently not a problem for these performers, and the suit itself did not crease, rip or restrict movement during the showcase.

Clearly, if it can withstand these extreme tests, the suit will be perfectly fine to wear on a flight or a train journey. 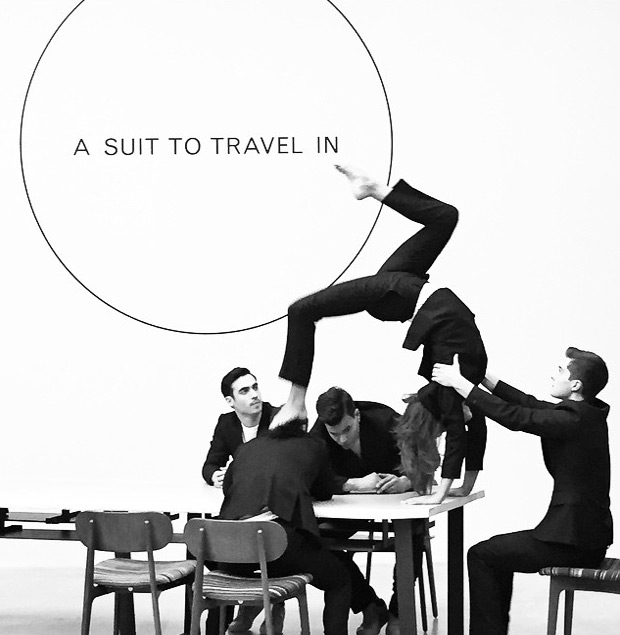 Wearing suits for travel seems like the most impractical thing one can do, but the expectation to appear smart and well presented at business functions on a limited time-schedule necessitates it. Other brands have begun addressing the problem and have offered their alternatives, such as Burberry’s Travel Tailoring range released just over a year ago which focused on clever construction to ensure the suits were flexible but still retained their structured shape. 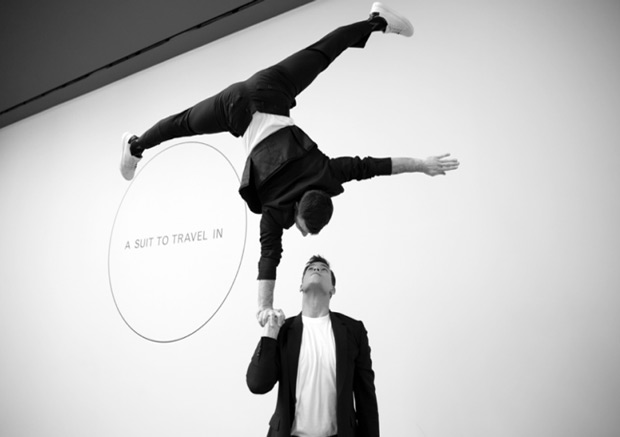 This is the first time, however, that travel tailoring has been put to a real test in public, and it appears that Paul Smith might have discovered the magic formula to make a suit comfortable, practical and also smart and stylish. The suit will become available for purchase from Paul Smith shops and selected wholesale partners in May this year.