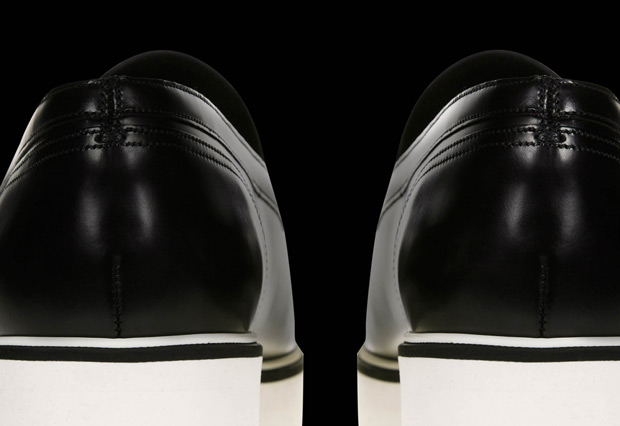 It has been announced that footwear mogul Nicholas Kirkwood will debut his fourth men’s collection later this month during London Collections: Men, which runs from the 15th until the 17th. Kirkwood will present alongside other well-known shoe brands such as Jimmy Choo and John Lobb.

A graduate of Central St Martins and previously Cordwainers College, Kirkwood first launched his women’s shoe line back in 2005, with its male-focused counterpart following eight years later. His innovative designs, realised with the utmost attention to craftmanship in Italy (where else?), have led to such accolades as the Accessories Designer of the Year Award and acclaim from the British Fashion Council and the Vogue Designer Fashion Fund.

The brand has risen to significant stature mightily quickly since its founding. With flagship stores in London, Las Vegas and New York and the fashion capitals safely under his belt, Kirkwood has achieved global success in less than a decade, both a commercial hit and a fashion favourite.

Kirkwood is one of the latest names to be added to the list of designers presenting at LC:M and we at MFM are awaiting further announcements eagerly, suspicious that there are more surprises to come as the countdown to the event begins. We wait with baited breath and in Nicholas Kirkwood.