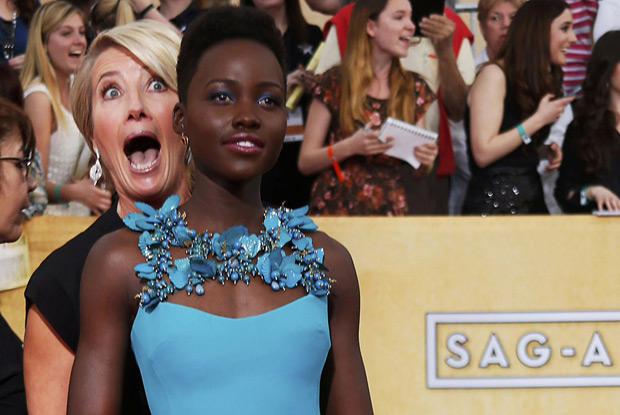 Words fly up, while thoughts remain below. In the anniversary year of our beloved Bard, language has certainly dominated the news, social media as well as our daily conversations. In a year invaded by photobombing and oversharing, language, like fashion and our lifestyles, has been at the forefront of our society once again. Move over Selfie, there’s some new words in town and it looks like they’re here to stay (information released by Chambers and Collins English Dictionary).

VERBS; ALL OF THEM TIRING

Overshare: (v) to reveal an inappropriate amount of information about one’s life.

Photobomb: (n) a photograph that has been (unexpectedly) spoiled by the appearance of an unintended subject in the camera’s field of vision.

The verb topped a recent list which included the abusive hashtag compound bashtag to a redefined hipster, now ‘a member of the generation born in the 1980-90s’ (replacing an older definition to include peoples who appreciate modern jazz). And while it seems as though overshare could have been in the English language for many years, this is most likely due to the nature of its birth with its prefix over being attached to the overly more common share; whether we see this on social networks or simply hear it being preached in church.

Technology has catalysed the need to create new vocabulary which has attempted to capture the essence of our age with other words such as bakeoff (our personal favourite). In a society driven by social networking, the productivity of these words, as well as their technological counterparts themselves, has massively increased and can be seen to be used across the globe – reaching the far corners of our linguistic scope.

What is more, these new words have already been noted to have social and linguistic constraints, with oversharing being commented on as a trait of female conversation, whether this is the subject matter of a dialogue or quite simply the amount of information given during conversation. In fact, the idea, for some, of oversharing quite frankly eludes some people (we’re not naming any names, here).

Is everything awesome? The effects of new language can be staggering. Just look at the quotative be like, now a supra-local feature of many dialects across the English-speaking world most commonly associated with Clueless. Language purists would have to disagree with Emmet and the rest of the Lego team, however, with some of these new words, as expected, causing a divide in opinions. And as for photobomb, seemingly a fairly inoffensive term, the mere idea of its action has its negative connotations for some.

So there you have it; some of the most weird and wonderful words to enter the English language this year. And just to leave you with one more, how about this: For most of us, we won’t have heard, or will ever use, this last one. It would seem that not even Mary Poppins has a look in with Pneu-mono-ultra-microscopic-silico-volcano-koni-osis, a coinage to describe a lung condition caused by the inhalation of very fine ash or sand dust. Mmm, tasty!