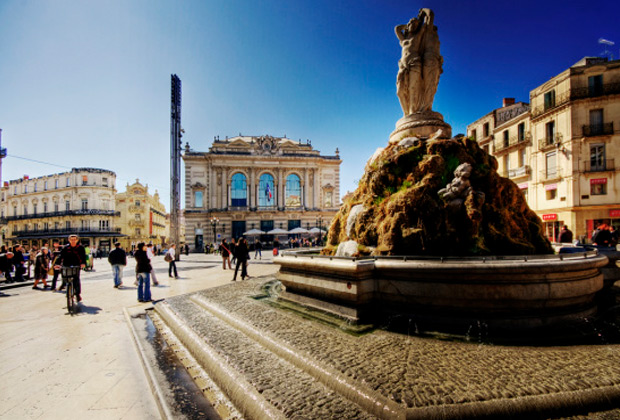 Montpellier: A Diamond In The Baguette

The French Blue is a blue diamond that belonged to Louis XIV. It is estimated to weigh 69 carats.

It is said to have been brought back from India in 1668, then cut by order of the king in 1673, by the crown jeweller, Jean Pitau. It was stolen along with many other jewels (including the Sancy and the Regent) in 1792 during the burglary of the Hôtel du Garde Meuble.

However, the recently discovered lead model suggest that the French Blue was the origin of the Hope that appeared twenty years later in England. Even today, it is still the largest blue diamond ever discovered. Then if you’d like to see some diamonds with very fancy colours there are some great ones that can be found online. 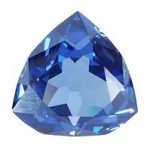 Put on that beret and grab your pocket-size French dictionary as we explore France’s newest up and coming city – Montpellier. It’s time we move Paris over to one side, as this southern hidden gem has all you could want in terms of delightful cuisine and eye-catching architecture, making it a great new haven for thirsty young travelers and food lovers alike.

Named as one of the top 45 places to visit in 2012 by The New York Times, Montpellier has become a chance for many of us to ditch the gloomy Parisian streets for the sun, sand and pastis (a strong local 40% alcoholic spirit). If you haven’t already fallen in love with this particular southern lifestyle just yet, there’s no need to fret, as a quick visit to Montpellier will in no doubt convert you to a pretentious Francophone fiend. 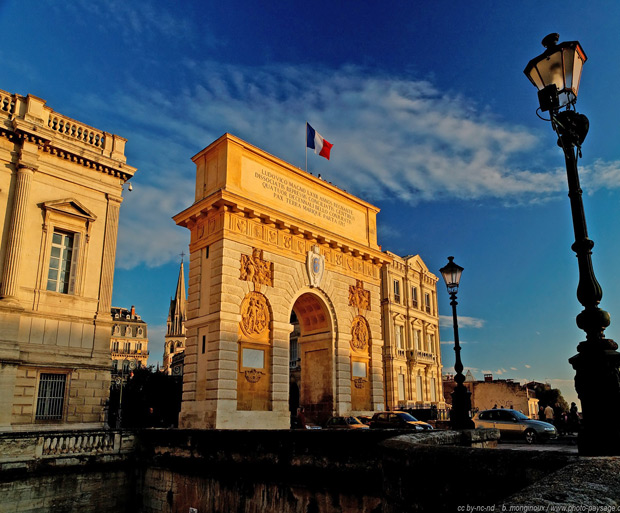 Whilst making your way through the narrow labyrinth-like streets, you soon find yourselves in front of stunning monuments and architecture, such as l’Arc de Triomphe and La cathédrale de Saint-Pierre. Both of these will act as a perfect backdrop for quick selfie! Hermits are fortunately nonexistent in Montpellier, as is of course the rain we are so accustomed to in Britain.

The city gets about 320 days of sunshine a year, this being the main reason why everyone seems to spend their afternoons enjoying the sun over a demi-fraise (a chilled half-a-pint with strawberry syrup) in La Place de la Comédie, followed by a casual stroll through the esplanade outdoor markets that are close by.

The same esplanade area plays host to many wine and food festivals, such as Les Estivales during the summer time. This festival in particular is no doubt the most popular where locals, as well as tourists, get together to drink good wine and listen to live music. 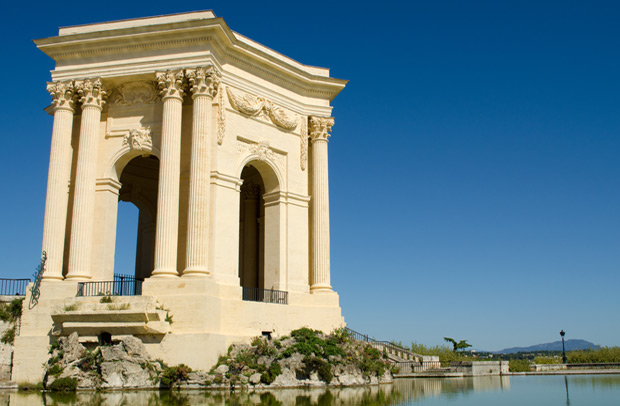 La Place Royale du Peyrou and its stunning water tower is an ideal place to chill-out and have picnics à la française which entails unhealthy amounts of cheese along with of course, cheap wine! For all the bookworms, this spot is also great for reading that second-hand French book you bought from the quirky outdoor book stalls.

Montpellier embraces a very slow pace and relaxed sense of life. Adopted from the neighboring Spanish, the whole mañana mañana attitude gives you a chance to appreciate every corner of the city in peace. 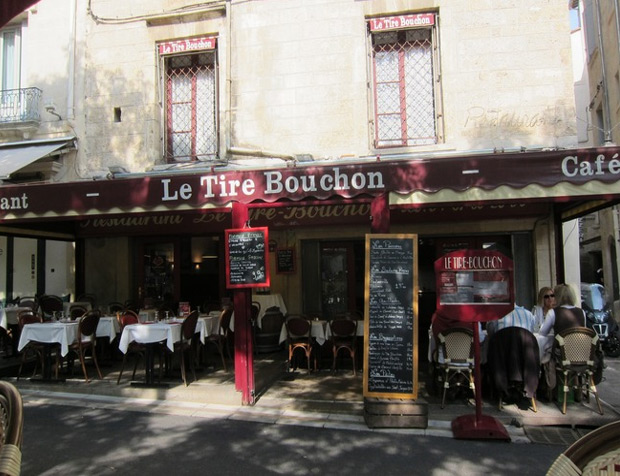 Obviously you couldn’t visit the South of France without throwing yourself into the French cuisine, which, as we already know, plays a very big part in every Frenchman’s life. Forget about the cliché snails and frogs’ legs, as the Mediterranean flavors from local seafood will tantalize your tastebuds. Prepare to dine in style with a glass of wine in one hand and a bucket of mussels staring back at you from the table. It’s safe to say that you’ll think twice about heading to Gregg’s next time you’re on your lunch break after coming home from this city.

As the capital of the Languedoc-Roussillon region, in Montpellier you’ll find the friendliest of French people, to say the least. They’ll be ready to share an afternoon drink with you after having exchanged the three very annoying bisous (kissing on the cheek), however realistically a drink will probably end up as two or three bottles of wine come 9 o’clock in the evening. 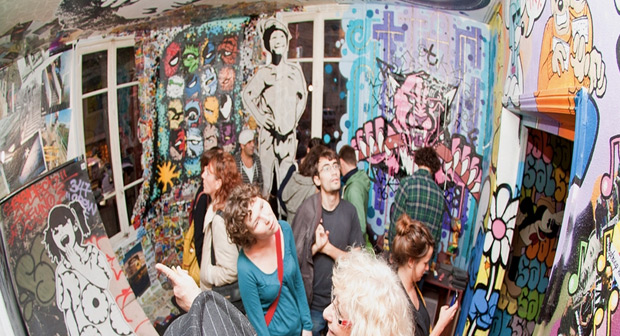 Most of Montpellier’s population is made up of students from three main universities, therefore the city embraces quite the youthful French life, celebrated through a wide range of contemporary dance and urban art.

Take a trip to the art galleries scattered across the city, such as the exhibitions at Musée Fabre, and embrace yourselves in the local artists’ work. Not forgetting the city’s impressive outdoor graffiti and art which reflect the creativeness and individual expression of the montpelliérains. 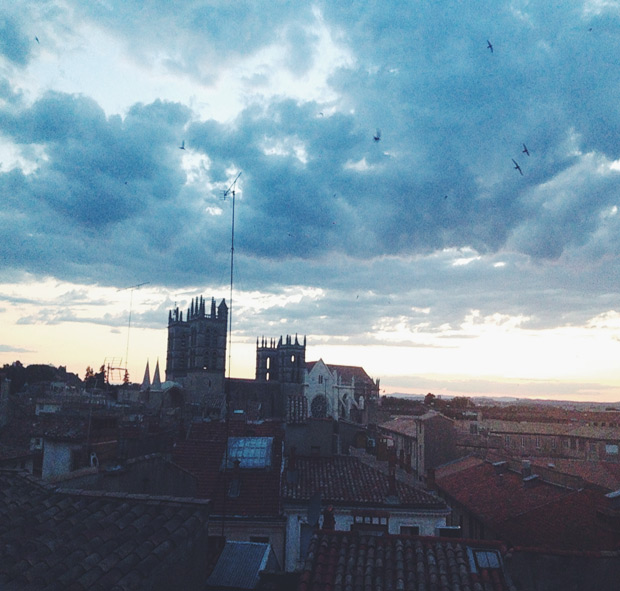 As your visit to the city concludes, it would be such a crime to leave without having seen some of the breathtaking sunsets that cast over the sky. The impressive crepuscular scenery allows you to step back and reflect on your time in the city.

What makes Montpellier so different to most French cities is that there’s something almost mystical about the place as the sun sets over its bewitching architecture. The calm and tranquility of one of these precious moments is something you’ll find a lot harder to forget than the cliché skyline view of Paris by night from the top of the Eiffel Tower.

The freshness of Montpellier comes from the fact that the city hasn’t properly been discovered by everyone yet. So as a reader this is your chance to get out there and experience it for yourself. Grab that stripped t-shirt, and brush up on your GCSE French as once you’ve set foot in this remarkable city, you may never want to come back home.