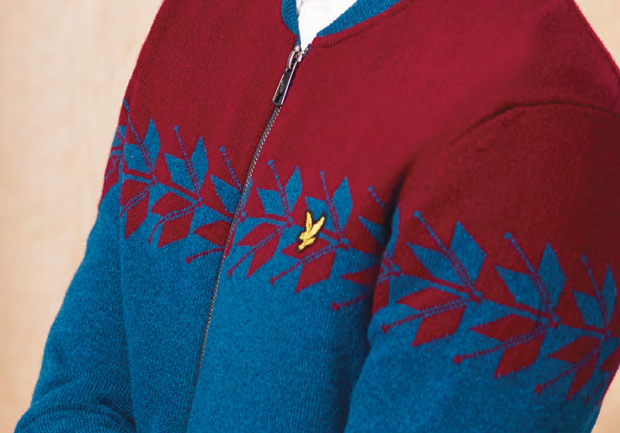 Menswear brand Lyle and Scott have announced their collaboration with designer Jonathan Saunders on their latest AW14 collection. Saunders is a great choice for the 140 year old Lyle and Scott as it was in 2012 that Saunders won the Emerging Talent Award and was last month awarded the Breakthrough Menswear Designer at GQ’s Man of the Year Awards.

Originally studying furniture design at Glasgow School of Art, Saunders found himself attracted to that of fashion and textiles and changed his degree. He eventually went to Central St Martins where he continued and reformed the skills he already used that would lead him into the fashion industry. It was in 2003 that he launched his namesake label and in 2011 made his way into menswear with his first Autumn/Winter collection.

The collaboration between Saunders and Lyle and Scott sees the Scottish heritage of both parties, rooted through Saunders use of colours, graphics and patterns when it comes to his designs. This is all intertwined with the 1960’s golfing aesthetic that Lyle and Scott have made their signature. These joint minds have created a thirty piece collection which featured Royal Warranted knitwear from Scotland and Italian merino wool.

Each of the garments are branded with the four different coloured eagles and it is the use of the classic polo shirt, woven shirt, gold Harrington and footwear that brings the collection full circle. Lyle and Scott have chosen wisely with Jonathan Saunders who has created new and innovative designs whilst keeping true to the Lyle and Scott brand.