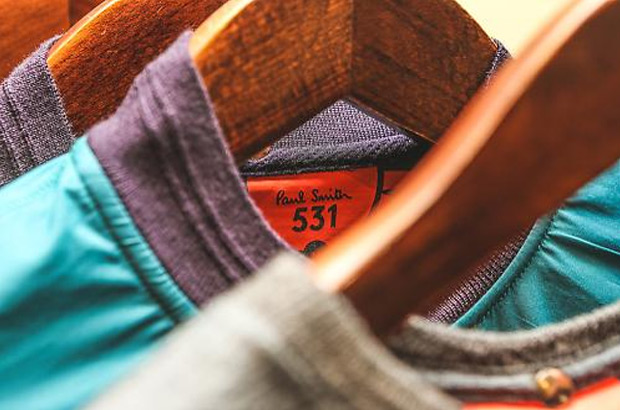 Technology and fashion have, for a long time, been desperately seeking to cross over. The best blends of form and function in the last year or so have come not from technology companies trying to be stylish, but instead from fashion designers thinking about function when designing their collections.

Paul Smith is the latest designer to join the ranks of designers using technology to create functional and stylish clothes, ranks which include Alexander Wang and his thermochromic clothes for AW14 and Hussein Chalayan who has long been experimenting with things like putting mobile SIM cards in dresses.

The collection itself, Paul Smith 531, is a performance oriented venture that focuses mainly on cycling wear, and was designed in collaboration with British cyclist David Millar, who stars in the accompanying campaign video which sees him and four other cyclists put the collection through its paces as the group is whittled down from 5 to 3 to 1.

Undoubtedly, this collection has been designed to be more than just another passing collaboration. These are clothes that are designed to perform, and the technology used to create them speaks for itself.

In a palette of black, dark purple, petrol blue and high-vis orange, technical, Swiss-made Schoeller fabrics are used to construct the clothes (and to put this into perspective, athletes at the 2014 Sotchi Winter Olympics competed wearing kits made from Schoeller fabrics).

These fabrics are stitched into panels that have been anatomically designed to allow for maximum freedom of movement, regardless of whether the wearer is on or off their bike.

Weatherproofing is another key element of these clothes, which have been designed to be worn in all kinds of conditions. Schoeller 3xDRY fabric is responsible for the waterproof barrier that will keep the wearer dry and also for the removal of moisture away from the body during times of increased perspiration.

Even though the materials are quick-drying themselves to protect against heavy rain, a central piece in the collection is the weatherproof four-season cycle jacket, but for sudden downpours a packable shower-resistant jacket is also included in the range.

Advanced thermoregulation technology also ensures that the wearer’s body temperature stays as constant as possible, by offering heat retention in the cold and breathability in the warm thanks to layers of Merino wool, another key fabric to the collection, which takes away body moisture and is also resistant to odour.

Strategically placed vents are also technical details that add to the breathability of the clothes, as well as some of them being able to be used as hand warmers when the wearer is not on their bike.

In so many cases, attempted crossovers of fashion and technology leave much to be desired but this is a collaboration that has actually achieved a good balance of form and function.

The pieces are all aesthetically pleasing (much more so than those Lycra shorts and neon yellow jackets lots of cyclists seem intent on wearing) and yet have not compromised on their performance, the traditional stumbling block of collaborations that are designed to be stylish. Paul Smith 531 is available from mrporter.com, Paul Smith Soho and Paul Smith Leeds.