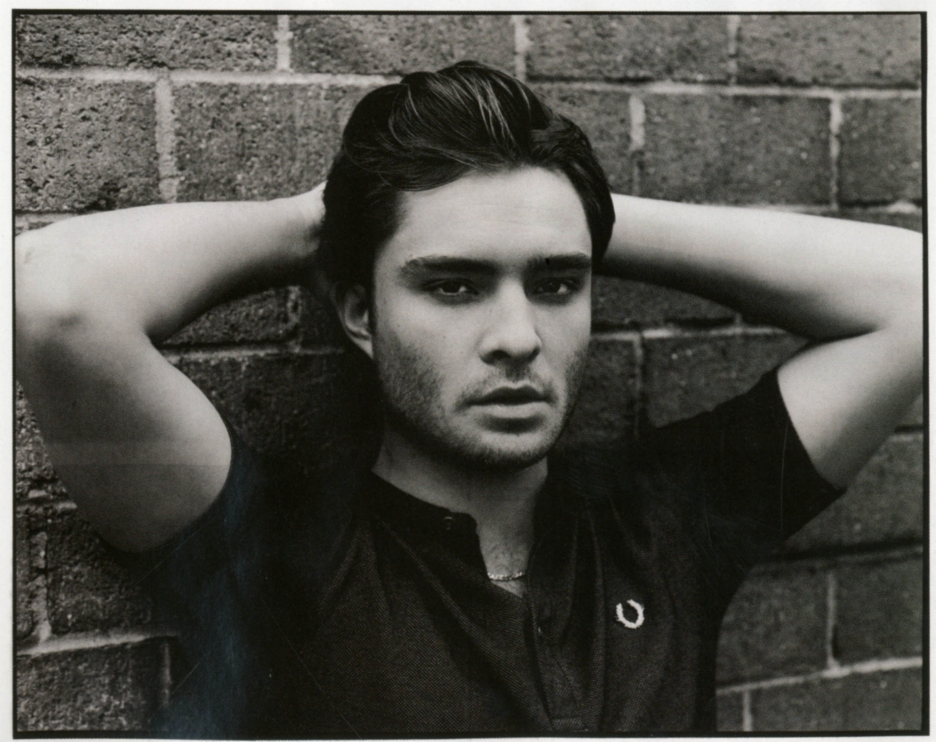 I’m a huge fan of effortless elegance, and Ed Westwick seems to have that effortless style mastered down to a tee. Who is Ed Westwick you ask? Well at just 24, he’s the Londoner who got heads turning with his role as Chuck Bass in the American television series Gossip Girl. As well as a musician and the lead singer of Indie band “The Filthy Youth”, he keeps himself busy with various common day-to-day activities such as filming Gossip Girl, playing various film roles and hitting catwalks. All 24 year olds do that right?

As mentioned, his style really seems effortless. His looks seem to scream confidence, but keeping the balance so it doesn’t come across as cocky. A lot of guys can over do the confidence, and almost seem as if they’re trying to hard to achieve that confident look. Ed doesn’t, his confidence seems to come naturally without any effort at all. His style isn’t extravagant and he likes to wear a lot of toned down colours such as greys, blacks, beiges and navy’s. With this being said, he’s not afraid to add a dash of colour through accessorising with a tie or pocket square, or wearing a coloured buttoned down shirt or coloured footwear. Again not being over extravagant, he wears a lot of timeless pieces such as blazers, tailored trousers and loafers. He holds the skill of breaking down a traditional suit, again something that seems to come natural to him, layering a low cropped or v neck t-shirt underneath a classic blazer, and wearing loafers sockless, adds that casual, effortless aspect to his looks. Natural grooming is another big aspect of Ed Westwicks style, adding a touch of casualness to more formal looks with natural swept across hair, and not being afraid to show his dash of manly chest hair. This untouched grooming again emphasises his effortless approach to style.

Keeping a mix between a smart tailored approach to style, along with an edgy, indie inspired casual touch, Ed Westwick defiantly has his style to a tee, without him probably even putting much effort into it. Taking inspiration from his style, here are some pieces Ed would be proud of.