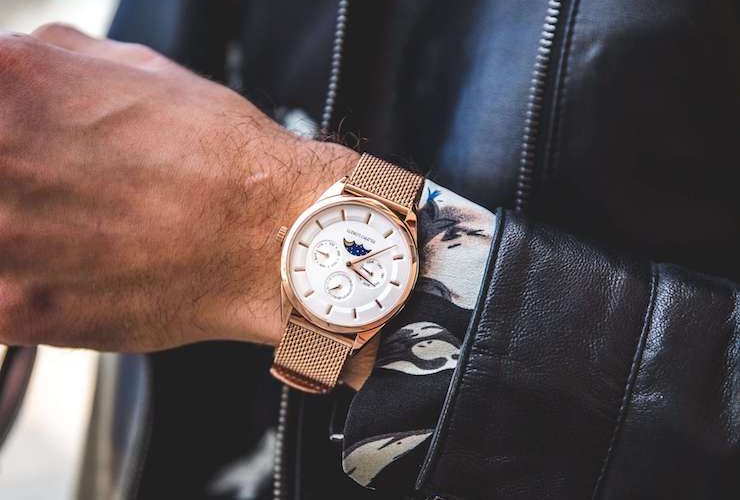 Dressing to Impress with a Million Dollar Watch

In modern times, both men and women wear watches and use them as a symbol of status. But it used to be only women that wore timepieces and combined them with bracelets and other jewellery. In 1916, The New York Times ran an article that suggested wristwatches were a must for military men. Consequently, scores of military soldiers went out and bought wristwatches, which were then seen as a more practical solution than pocket watches, especially in warzone situations.

This was the beginning of the growth of wristwatch popularity. Over time, skilled watchmakers have been able to make beautiful timepieces that attract attention, and gradually became a symbol of wealth and elitism. In today’s world, where everyone can access the time on their smartphone, it has never been more apparent that watches serve as a statement rather than the functionality that yesteryear’s soldiers used them for.

But one watch has created a big stir over the last few years, a timepiece that will cost you $1 million.

The $1 million watch is known as the Astronomia Tourbillon. It was made in 2014 by Jacob & Co watchmakers and includes premium materials and stones with unrivalled levels of detail. Not only does this beautiful creation provide you with the time to precision, but it also boasts astronomical values such as the position of the Moon and Sun, hence its name.

Variations of the Astronomia Tourbillon

At the time of writing, there are eight different variations of the Astronomia Tourbillon on Jacob & Co’s website. One of them is the Astronomia Casino, which includes a beautiful casino roulette wheel as the backdrop to the action and applies vivid colours to the timepiece.

Astronomia Art is another variation worth mentioning. This timepiece includes many familiar pieces but also has a dragon figure wrapping around the key elements. It should also be noted that each variation has sub-variations. For example, the Astronomia Art has multiple different variations too, and you can even swap the dragon design for a multicoloured octopus.

Another one of many Astronomia Tourbillon variations that gets a lot of attention (they all do really because they are so special) is the Astronomia Solar. This watch boasts gemstones finely cut into planets and formations of the Zodiac. There is even a secondary watch face that tells you about the different star constellations.

What Makes These Watches so Expensive?

The reason you will probably never be able to afford one of these watches comes down to two main reasons. First, the materials used are some of the most expensive in the world. We’re talking sapphire, gemstones, rubies and much more. These then have to be placed and crafted into a formula that works, which is not easy and requires months if not years of hard work.