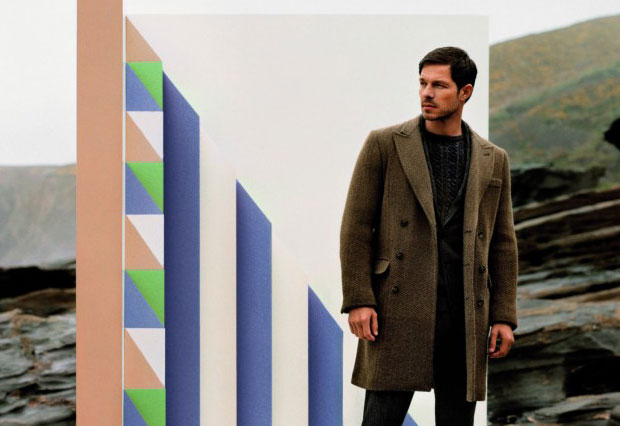 In recognition of its 60th anniversary and the latest AW13 collection, I would like to turn my thoughts to Missoni. Known for its colourful knitwear, including stripes, geometrics and abstract florals to the iconic zigzag pattern, Missoni is an Italian fashion house based in Varese. Founded by Tai and Rosita Missoni, circa 1953, it is most famous for its womenswear. Aside from the main Missoni line, however, the fashion house offers a variety of luxury goods from menswear and its Home Collection to the less expensive M Missoni line which was introduced by Marzotto (currently Valentino Fashion Group S.p.A) in 1998.

Ottavio ‘Tai’ Missoni was born in Dubrovnik, 1921. His father, Vittorio, was an Italian sea captain and his mother, Teresa de’Vidovich Countess di Capocesto e Ragosniza (Terry to her friends, one presumes), was a Croatian noblewoman. Before World War II, Tai spent most of his time in the sports world as an international athlete, but endured many years as a Prisoner of War in Egypt. Having survived this ordeal, he began making wool ‘Venjulia’ tracksuits with his friend and business associate Giorgio Oberweger which were, subsequently, then adopted by the Italian team at the 1948 London Olympics.

With this first claim to fame, he then met his future wife, Rosita Jelmini, the daughter of a family of shawl makers in Varese. They married in 1953, set up a small knitwear workshop and presented their first collection in Milan in 1958. Ever since the Milano-Simpathy collection, the first to bear the Missoni label, the design rose to prominence from collaborations with Emmanuelle Khanh to championed support from then editor of Vogue magazine, Diana Vreeland; they then opened their first boutique inside Bloomingdales New York.

Sadly, Tai Missoni died on 9th May 2013 at home with his family in Sumirago, having just marked his and Rosita’s 60th wedding anniversary in April. All three of his children now play a large role in the ongoing business such as Angela (born in 1958) who has been in charge of the Missoni menswear line since the AW08 collection. But now let’s get you up-to-date and take a look at some of our favourite looks from this season’s collection.

Taking inspiration from the great North American landscape, this season’s colour palette is a mix between the desert, the mountains and the coast:

Missoni has first taken inspiration from Alaska using slate greys, anthracite, subdued silvers with dark algae green to capture the dramatic scenery of the icy state. Then, Pacific meets land with lots of dark blues and aquamarines to symbolise the North-Western Coastline, followed finally by the desert with an array of dark burgundy, terracotta, burnt amber and sand to represent the Grand Canyon. And what is more, not only are these American landscapes stunningly represented in this collection, but iconic garments and patterns are also play a large role in finishing off the pieces. The attention to detail in this collection is striking featuring looks from Native American-inspired stripes to down-filled gilets and fur stitch blazers.

Most of these items are available from Missoni, but some of our favourites (Harrods, House of Fraser, Matches Fashion, Mr Porter, and Selfridges) are also selling the AW13 collection in store and online. Here are just some of the looks you can get your hands on from knitwear to bath robes.

So there you have it – Missoni AW13. Now I could repeat myself about how stunning this collection is, or what an inspirational innovator the fashion house is and has been over the past 60 years, but all I am going to do is leave you with these words from Tai Missoni – a designer worth remembering and celebrating:

“I like comparing colour to music: only seven notes and yet innumerable melodies have been composed with those seven notes. How many tones or shades does each colour have? An infinite number, just as always endless are the hues and nuances composing a work of art”