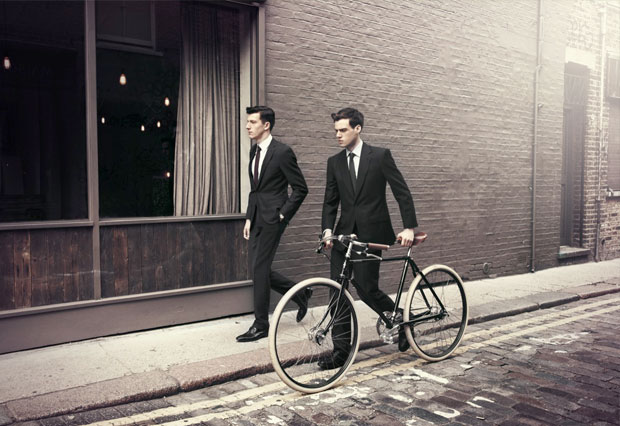 Sir Hardy Amies once said that “A man should look as if he had bought his clothes with intelligence, put them on with care, and then forgotten all about them” and this ethos is something that us here at MFM live our day to day lives by. For me personally, effortless refinement with a distinct British flair is what this season is all about. Hardy Amies is a legendary Savile Row brand that encapsulates this exact style and feel and is very sincere in its portrayal of loyalty to traditional British heritage.

Sir Edwin Hardy Amies was born Edwin Amies on the 17th of July 1909, and it wasn’t until later in his teens where he adopted his mother’s maiden name Hardy, as he always said it was his mother who was his inspiration for his professional path. It was thanks to her contacts in the fashion world, and his skill for writing that he secured his first job in fashion. It was his vivid description of a dress, written to a retired French seamstress which brought Hardy to the attention of the Mayfair couture house called LaChasse as the wearer of said dress was the owner’s wife. From there he quickly became managing director and then only a small number of year later did he have success with a Linton tweed suit in sage green. This was his debut into the fashion bible Vogue and it was also photographed by legendary photographer Cecil Beaton. By the late 30’s Hardy was designing the entirety of the LaChasse collection, and he had continued success with this fashion house.

However, when WWII broke out his career path swerved of course in quite a dramatic way when he was recruited into military intelligence because he was fluent in German and French. Always the over achiever, Amies rose to the rank of Lieutenant Colonel;yet his commander Major General Colin Gubbins did not regard a dressmaker as suitable military material, but his training report stated:

“This officer is far tougher both physically and mentally than his rather precious appearance would suggest. He possesses a keen brain and an abundance of shrewd sense. His only handicap is his precious appearance and manner, and these are tending to decrease.”

In 1945, Virginia Cherrill the Countess of Jersey (Hollywood film star and the first Mrs. Cary Grant), who had been a former client during Hardy’s days at LaChasse, financed Hardy Amies move to Savile Row. The following January, Amies established his own couture fashion house business: Hardy Amies Ltd. Although Savile Row is the home of English bespoke tailoring, the Hardy Amies brand developed to become known for its classic and beautifully tailored clothes for both men and women.

As well as his couture venture, Hardy was enlisted to design and create the costumes for the 1967 Stanley Kubrick film 2001: A Space Odyssey. The collection allowed Hardy to go all out and design futuristic fashions for the film. The brief consisted of creating standard business-as-usual attire with a corporate approach. The Russian female scientists wore dark conservative clothing which reflected there conservative values within the film.

Today there are a number of the labels pieces at one of our favourite online retailers Mr Porter. Even today the standard of luxurious tailoring can still be felt within each of these pieces. Take a look for yourself, and if you feel tempted to add a piece to your wardrobe, they I most definitely urge you to do so.

We always say that you can tell a lot about a man by the clothes he wears, and wearing pieces by Hardy Amies will surely send a positive message about your dress sense to any passing onlooker. Good quality tailoring is hard to find, so when it is as luxurious as this then we urge you to indulge in a little bit of Hardy Amies.