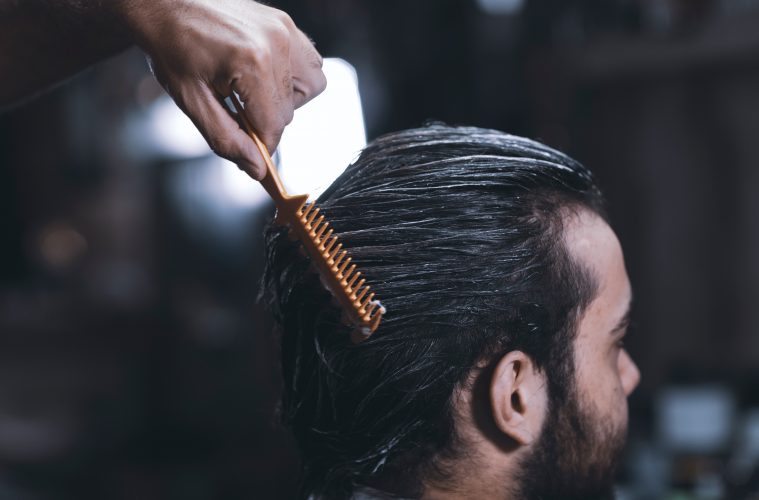 Could CBD Oil Prevent Hair Loss & Its Effect on Men?

Men who find that their hair is thinning start to dread the reality of hair loss. It is an issue that’s more common than a lot of people realize. According to the American Hair Loss Association, around 25% of men with hereditary male pattern baldness begin to lose their hair before their 21st birthday! An estimated 85% of men with the condition will have significantly thinner hair when they reach 50.

There is a significant increase in products designed to combat male pattern baldness. However, a growing trend is the use of CBD oil to prevent hair loss. Products like the best CBD gummies prove popular, but you’re better off focusing on CBD you can rub into your scalp. Let’s take a look at CBD’s potential for fighting against hair loss.

Why Do Some Men Go Bald?

Over 35 million American males suffer from some form of hair loss. A study published in Dermatologic Surgery in 1998 looked at the prevalence of male pattern hair loss in people aged 18 to 49. It found that approximately 42% of men they surveyed had moderate to extensive hair loss.

Hair follicles that show sensitivity to DHT begin to shrink. As the follicles get smaller, the life span of hair also decreases. Eventually, follicles stop producing hair. If you have male pattern baldness, one of two things is likely to happen:

Finasteride and minoxidil are among the top-selling medications on the market. These are better known by brand names such as Propecia and Rogaine. Other possible treatments include laser treatment and hair transplant surgery. However, some people claim that CBD oil could become a viable option.

CBD is known as the primary non-intoxicating cannabinoid in hemp and cannabis. Many people don’t seem to realize that CBD oil contains a variety of essential fatty acids such as omega-3 and omega-6. High-quality CBD products also include a significant array of vitamins and minerals, not to mention additional cannabinoids and terpenes.

A study published in 2014 looked at the properties of hemp seed oil. At the University of Sevilla, the researchers found that the oil’s ideal ratio of omega-3 and omega-6 fatty acids offered a variety of benefits. The oil also contains high levels of gamma-linolenic and linolenic acids. CBD oil has a significant level of these helpful fatty acids.

CBD oil also contains a large amount of Vitamin E, which is linked with the restoration and rejuvenation of cells. It could also help thicken hair.

However, at present, there are no studies available that specifically look into CBD oil’s effect on the hair. Given its ability to interact with the body’s endocannabinoid system (ECS), however, there is a distinct possibility that CBD could act to combat hair loss.

How Do I Use CBD Oil on My Hair?

The versatility of this product is such that there are many ways to use CBD. However, if you aim to prevent hair loss, it is perhaps best to place a CBD topical, oil, or tincture directly on your scalp. If you believe that direct application on the skin is the best option, make sure you test the product on a small skin patch first. This will help ensure there is no allergic reaction.

There is also CBD shampoo on the market. The theory is that CBD cannabinoids can connect to the CB1 and CB2 receptors in the skin. The result is a reduction in inflammatory cytokines in the scalp. This could lead to an improvement in skin conditions such as dandruff and eczema. Whether CBD shampoo can also help prevent hair loss is something that warrants detailed study.

Overall, there is a distinct lack of research into whether CBD oil could help prevent hair loss. From what we know about the cannabinoid this far, however, its ability to act on our ECS could prove crucial in the fight against male pattern baldness. If nothing else, you could consider CBD to help reduce anxiety, depression, or stress. These are common issues with men who suddenly realize that they are losing their hair.

Kayla Burns now writes for WayofLeaf after spending years learning more about the hemp plant and CBD. Born in Canada, Kayla moved to the United States, where she earned a Master’s Degree in Nutrition and Dietetics. From everything she has read about CBD to date, Kayla is convinced that it has an immense level of potential. She has spent several years reading various studies and is confident that the more research we do into hemp and CBD, the more the general public will realize its benefits.