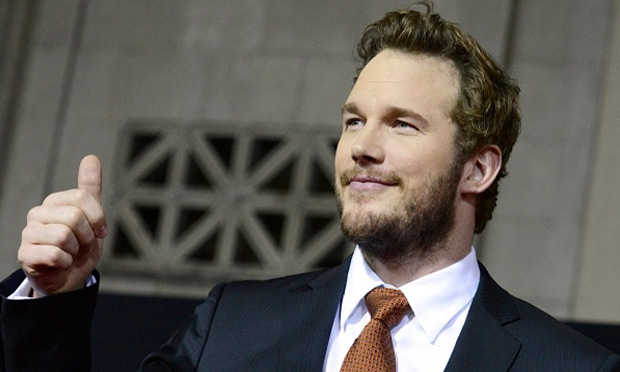 Chris Pratt: One To Keep Your Eye On.

In fashion, we are constantly on the look out for the ‘next big trend’. What will be the item of clothing that Topman and River Island exhausts to the point of tackiness? What will be the colour that East Londoners already have a vintage version of?

I can’t speak for anyone else, but I’m not ashamed to admit that the main reason I enjoy spotting a trend ahead of season is self-pride.

If I were to correctly predict, for example, that the Mohican will be the next big haircut (I’ll kick myself if it is), and get a Mohican, then it’s safe to say that any Mohican that is acquired from that point on is my doing. Hairdressers owe me, punks owe me, and the lead singer of the 1975 owes me. Essentially, if I’ve spotted a trend, then you’re welcome world.

With that pride in mind, I’d like to present the predicted ‘next big trend’ of Hollywood: Chris Pratt. You’re unlikely to have heard of him, but he is very much likely to become a household name in the next few years. Pratt has taken a slow road to stardom, but it would seem that his time has come. He began his career on The O.C. (if you’re not a fan, I don’t understand) with a minor, 7-episode role. Picking up roles in various mediocre comedies, often as a random but funny supporting characters (for example his role as Jason Segal’s brother in The Five Year Engagement), Pratt began to gain attention, but as a secondary character actor. Pratt was then cast in Zero Dark Thirty, in which he played one of the Navy SEAL operatives who assassinated Osama bin Laden. For this role, a usually rotund Chris Pratt was forced to get into shape, and what is more popular more than a shape-shifting actor? (I refer you to Christian Bale, Tom Hardy, and Matthew McConnaughey). 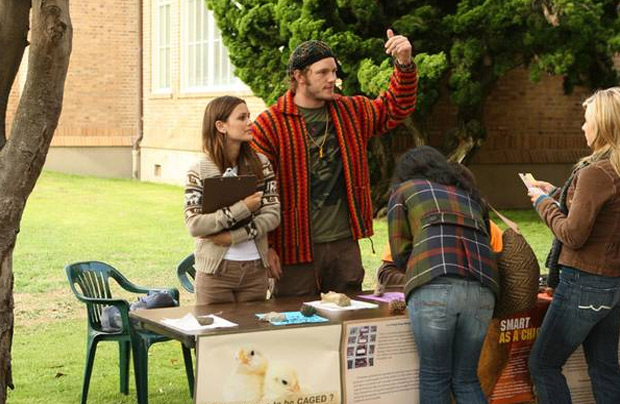 *Chris Pratt in the OC 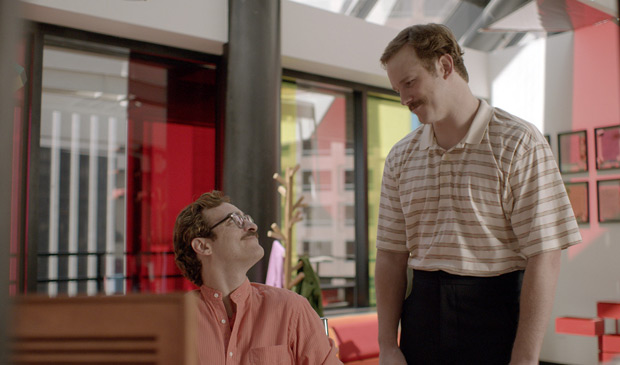 *Chris Pratt in HER. 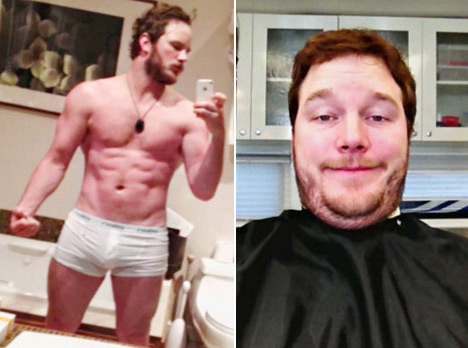 Zero Dark Thirty went on to succeed at the Academy Awards, as did Her, in which Chris Pratt had an albeit minor role. With his new reputation as a reliably bankable actor, Pratt was cast as the lead in the utterly brilliant Lego Movie and can be seen in the trailer for the upcoming, Marvel’s Guardians of the Galaxy. Guardians is inevitably going to be the tipping point in Pratt’s career, certainly with Marvel’s current world domination in superhero movies. With the lead in a superhero movie (surely the ultimate goal of most actors) it is safe to say that Chris Pratt will henceforth be one of Hollywood’s go to leading men.

Why is Pratt such a watchable actor though? Well, in all honesty, he seems completely normal. Bizarre as that seems, it is the fact that Chris Pratt seems as though he could just be any old guy that makes him so appealing. His sense of humour is completely genuine, and, if he’s not playing a superhero or Navy SEAL, he gets fat, just like we humans do. Even his name doesn’t seem out of reach; I’m fairly sure my postman is called Chris Pratt.

Did I mention that Pratt has also landed the lead in the next Jurassic Park Film and is rumoured for the lead in an upcoming Knight Rider reboot? Watch this space.