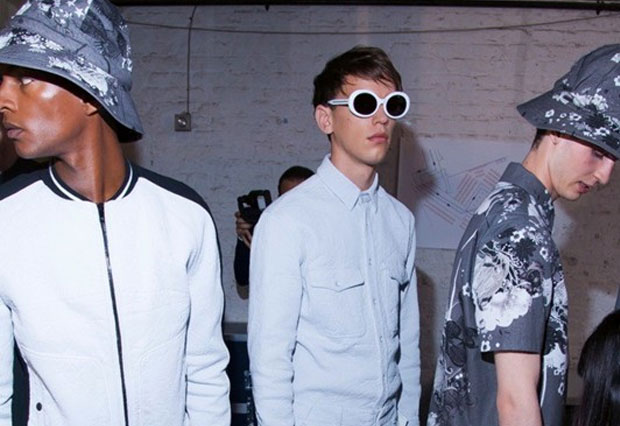 The cult lifestyle label, rag & bone, was established by British designers, Marcus Wainwright and David Neville, in 2002. Since its infancy, the label has distinguished itself from other designers with a combination of British heritage and a downtown New York sensibility. The expats, with no formal fashion training(!), have immersed themselves – along too with us – in the ‘time-honoured techniques of supremely skilled, local manufacturers’, resulting in their philosophy of high quality craftsmanship and attention to detail.

rag & bone is now synonymous with directional design and is famed for its modern style, whether its collection focuses on sweaters, jeans or luxury outerwear. The immaculate tailoring is crossed with an edgy New York aesthetic that has globally won the brand a throng of admirers (MFM included).

Operating 12 flagship stores, from New York and Washington, to Dallas, Tokyo and London (the latter which only emerged in 2012), there is no escaping this wonderful award-winning brand with its innovative ideas and passion for fashion (Swarovski Award, 2010 – Emerging talent in menswear). Finally, the brand has received further love from its peers with the AW13 campaign, shot by legendary photographer Glen Luchford. While there was no direction given to actor Michael Pitt, the premise was simply to ‘let the imagery tell the story’. So let’s all keep our fingers crossed for a SS14 campaign.

rag & bone’s SS13 collection was greatly inspired by Ernest Hemingway. Drawing inspiration from the military, motocross and the desert throughout the looks, the intense collection showcased khaki green, dark blues and oranges. Overall, the contrasting influences from across the globe created some interesting looks; it was able to remain wearable while being creative with some colour clashes.

Fast forward one year and we arrive at rag & bone’s SS14 collection. During London Fashion Week, designs came in 4 distinct colours: white, black, blue and neutrals. Echoing designers like Berluti and Dolce & Gabbana, some of the looks were head-to-toe white – a huge trend this season! Yet as we mentioned earlier, if the brand is anything, it’s innovative. And with this, came some looks in head-to-toe black. Black is a rare colour we see in SS collections, but paired with a white statement accessory, such as a bag or a bucket hat (fisherman chic), can change a typical winter look into one ready for the sunshine. While this season’s palette and inspirations differ from previous seasons, rag & bone sticks to its roots and plays with juxtaposition once again. As Marcus Wainwright said:

“We wanted to effectively strip back timeless pieces and inject them with a purer, more modern aesthetic”.

I think we can all agree that this has been successfully achieved!

Here are just some of our favourite items available right now. What’s more, if you’re lucky, you might be able to grab some items from the AW13 clearance.

There are very few brands which give us what rag & bone gives. The philosophy its team has is all about combining old with new, white with black, British with American and so on. And unlike the Rag-and-bone man you’re probably more used to seeing picking up unwanted items, none of this season’s collection is unwanted. In fact, we’d say every piece is pretty much a must have for your wardrobe this year.