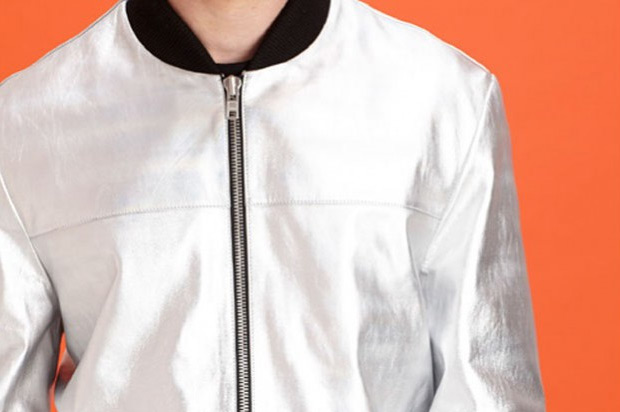 Blood Brother has showcased its Spring/Summer 2015 collection, ‘Virus’, where they have taken their experimentation with graphics that bit further. Taking influence from rock formations and 90’s computer viruses, the brand has designed a collection that uses the best technical and luxurious materials such as Kevlar. The result? A bold summer look.

The brand was established in 2011 by London College of Fashion graduates James Waller and Nick Biela, who set out to develop their own lifestyle concept. “The brand’s vision is to share ideas and collaborate with similar minds,” says the company. Blood Brother has earned itself a reputation as one of the most exciting and cutting edge British clothing brands.

Following on from Autumn/Winter 2014, Blood Brother has developed its collection by using detailing techniques including embossing and laser cutting. Using the embossing technique, an extra layer of finish has been added to T-shirts and jersey.

Blood Brother has developed its own new jersey blend that has the rich texture and finish of wool, but is made from cotton to avoid overheating during the summer months. The blend is used in key pieces including staple sweaters and joggers.

The Blood Brother flagship store is based in Shoreditch, London. You can also purchase Blood Brother’s clothing from Selfridges, Harrods, Harvey Nichols, Coggles, Oki- Ni and independent stores in the UK, as well as international stockists, including Brown Thomas in Ireland and De Bijenkorf in the Netherlands.