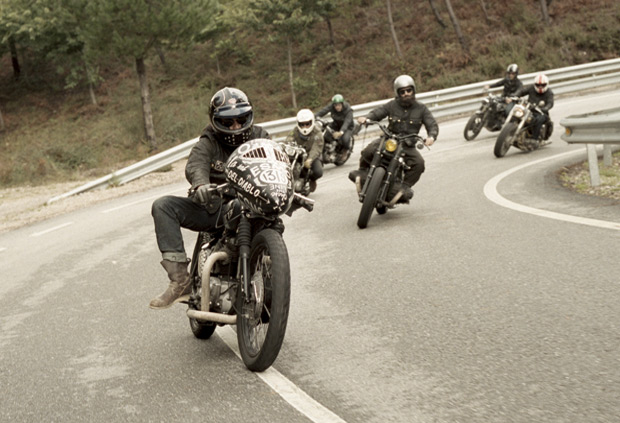 Belstaff are well known for their hard wearing, lived in looking, luxury leather jackets. They are not so well known for their involvement in the movie business. That is all changed now, with the release of The Greasy Hand Preachers, a movie which has received their backing. 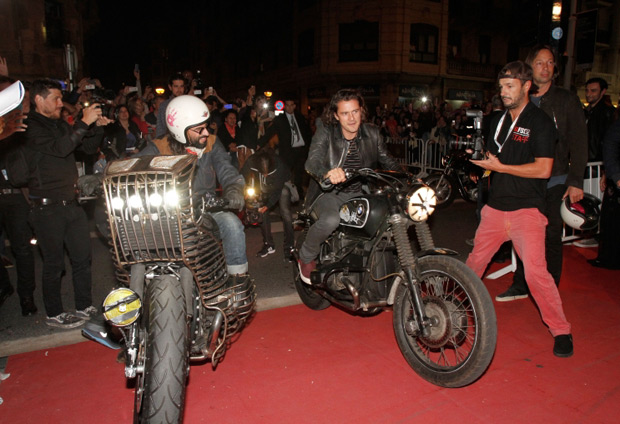 Shown at the San Sebastian International Film Festival in Spain in September, the documentary film is a look at the world of the motorcycle enthusiast. Shot entirely on Super -16mm by director Clement Beauvais the film is a beautiful exploration of the culture and its community spirit of the motorcyclist. Photographer Mike Valentine was on location to shoot the movie stills which really capture the essence of the film. 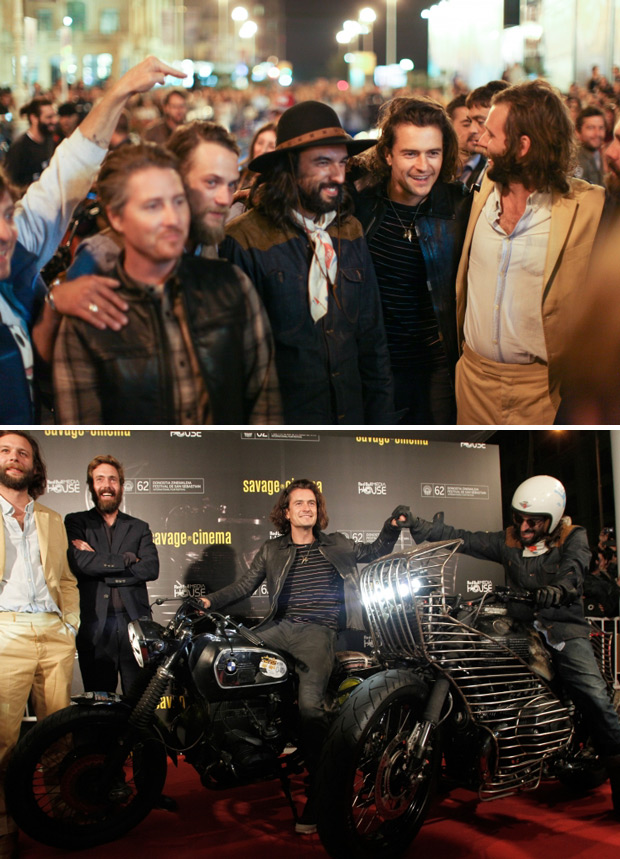 Belstaff’s involvement with the feature comes in the form of assistance and support. The brand provided funding which also came via a crowd funding campaign and private funds. Given that Belstaff are a brand steeped in heritage and spirit of adventure it seems like a perfect collaboration. It also makes sense following Belstaff’s support of David Beckham’s trip across the Amazon earlier this year, which saw the ex footballer kitted out in his own Beckham for Belstaff attire. 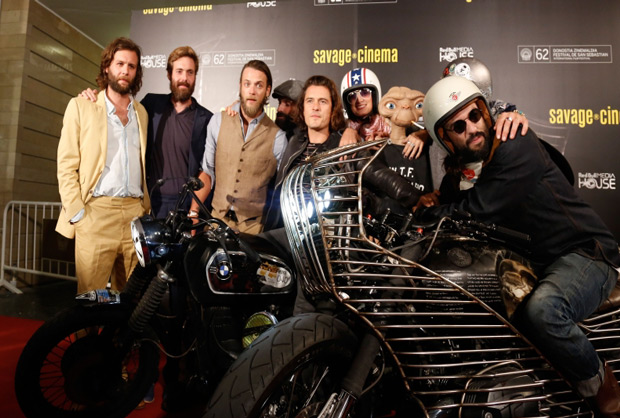 The movie really reinforces Belstaff’s intention to be the go to brand for the fearless explorer that is a fashion enthusiast and lives a modern luxury lifestyle. Lending some star power to the piece is one of MFM’s favourite and often best dressed actors Mr Orlando Bloom who is the Executive Producer. He also presented the movie at the festival and will host future screenings in LA and New York.