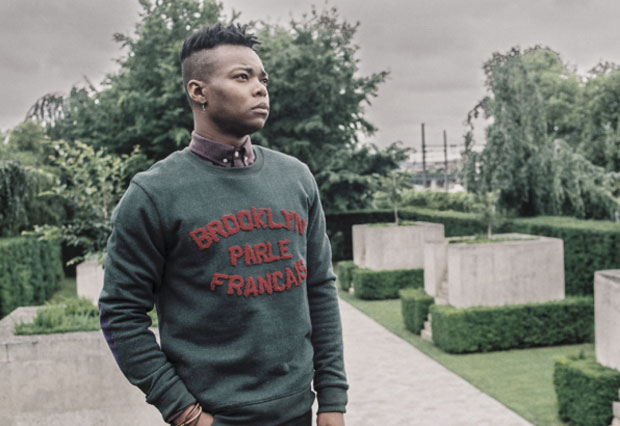 Any man who takes the slightest interest in men’s fashion will know that compared to our female counterparts, we get a raw deal. The column inches of newspaper style supplements are dominated by womenswear, news-stands are packed with female led fashion mags, street style blogs are full of ‘everyday’ women sauntering along high streets while a few snaps of men are added almost as an afterthought.

I mention this because recently I read an article in a leading women’s publication extolling the virtues of the sweater, or as they referred to said garment, the ‘it’ sweater. Now if ever an item of clothing could be commandeered by the male race, then surely it’s the sweater. I am all for our female fashionistas adopting the sweater as their own, but let’s face it, it’s only on loan.

The sweater may have its roots firmly entrenched in the sporting psyche – U.S college basketball teams were early pioneers, wearing jersey cotton sweats in which to warm up in but its recent explosion as a major fashion item is all down to the emergence of one thing: street style.

Go back to the early 1990’s, when the gargantuan fashion houses of brands including Armani, Calvin Klein and YSL ruled the fashion world, and you will see an era of trends defined by the designers and their teams. The people on the street were in awe of these brands, they took inspiration and aspiration from the clothes. Fast forward to 2013 and the wheel has turned almost full-circle; thanks to the birth of the internet and the subsequent ease and speed with which people the world over can follow or create their own styles, designers and fashion houses have had to adjust how they themselves create concepts for their collections and thus take a great deal of their inspiration from people pounding the pavements.

The sweater is the perfect case in point. Once deemed the preserve of sportsmen and women and rarely seen outside the confines of the gym or the living room, the sweater now walks the street – and the catwalk – with head held high, a staple of the male wardrobe. You simply cannot escape the clutches of the sweater.

From up and coming hip menswear designers such as Matthew Miller with his brilliant Born To Fail range and Katie Eary with her nod towards early 90’s Versace prints to fashion powerhouses such as  Givenchy with their world famous Rottweiler sweat, us men now have the opportunity to laud up the sweater just as much as our female counterparts.

With that thought in mind, here are four of the key statement sweaters we should all be embracing as we head towards winter.

Animals: It’s not just the aforementioned Givenchy that are embracing the love for animal prints on their sweaters.  Sharks, tigers and bears can all be seen leaping from the chests of men’s sweaters this season so if you can’t afford the Givenchy number, there’s still a plethora of choice for us all to feast on.

Logos / Brand Names: There was a time not too long ago when smearing your brands name or mantra across a top was seen as a vulgar act of self publicising, oh how times changed. From super hip French brands Etudes and Brooklyn We Go Hard to the renaissance of BOY London, this season the brand sweater is back with a vengeance.

Art: Geometric prints in an array of colours, images of space and unchartered solar systems with their rich blues and purples, baroque prints (inspired by early 90’s Versace), wherever you look this winter, there are an abundance of great sweaters out there all paying homage to the arts.

Numbers / Letters: Taking inspiration from the Varsity jackets worn by the college elite in 1960’s America, the letter and number sweaters have become key players in the style stakes this year and shows no sign of abating as we head in to winter.

Conclusion: ‘It’ sweaters, statement sweaters, call them what you will, the sweater is certainly going to play a key role in any self discerning gents wardrobe this season. No longer simply a piece of clothing to throw on during the cold snap, the sweater in its many guises will in fact be the talking point of your outfit this winter, so with that in mind, make your choice wisely, and don’t lend them to your girlfriend because you’ll never get it back.