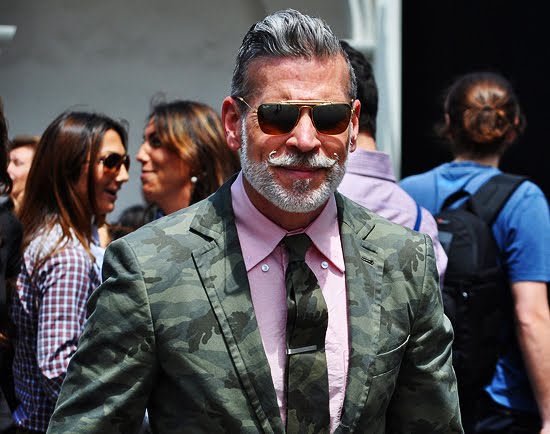 The suit; a staple piece of any man’s wardrobe that usually only comes in a small range of designs, but this season designers are incorporating heavy prints, bold colours and ultimately just playing around to achieve a new twist on the classic look.

The trend started during Spring/Summer but really, I feel, comes into its own in Autumn/Winter. S/S saw very outlandish and bold prints and colours from Versace’s bold, gold and monochrome number to Walter Van Beirendonck’s green gingham esc outfit but be prepared to move away from this to something a little more refined.

It seems to be that the key piece for any man this upcoming season is a suit that is both extravagant yet bang on trend, with the likes of Dolce & Gabbana’s red velvet suit to the refined, 20th century military style collection of Prada or the slightly more daring prints by Agi and Sam and Vivienne Westwood, every man should be strutting into autumn winter with a suit that has just as much swagger as he. Now if you’re a man who isn’t quite daring enough to walk the streets in something so eyepopping yet desires to try and break into this trend then colour blocking is a trend that could suit you. You could also neutralise your statement suit, by adding darker toned accessories to neutralise the statement colour. Layer a scarf over the blazer, which will compliment the statement pattern but slightly neutralise it. Another way is to wear it in a subtle manner. Mismatch the suit so you layer the blazer with dark toned clothing to really draw the attention to the blazer, on the other hand pair statement trousers with neutral coloured top layers. This will again create the same effect, it will draw the attention towards the statement piece but it won’t draw the attention to your whole attire. The catwalks saw suits in a whole range of colours from understated pastels to sumptuous reds that are perfect for any occasion from a winter wedding to a dinner in your nearest a la carte restaurant.

How about a suit covered in images of your favourite duck from the local pond? This could be you wearing one just like the image conjured up in your head right now as British design house Agi and Sam have created a two piece, single breasted suit patterned with just a few images of ducks and chickens; it doesn’t look childlike and stupid like you may imagine, it adds a certain air of imagination and fun to the whole piece while still looking masculine and dare I say it ‘cool’. This is just one of a number of great suits that appeared in their collection, ‘Darwin’s Theory of why the chicken crossed the road’, at the Man show last fashion week. The collection was not something for the more disguised men of our nation but if you’re bored of wearing pin stripe every day, why don’t you turn up to the office in a suit like this.

Dress the suit down, with a crisp, white/plain shirt and you’re set to walk around brightening up the grim winter we’re more than likely to have.

Here’s some key pieces to establish this trend:

What’s your thoughts on the statement suit? Is it for you? Or do you prefer traditional colours and cuts?