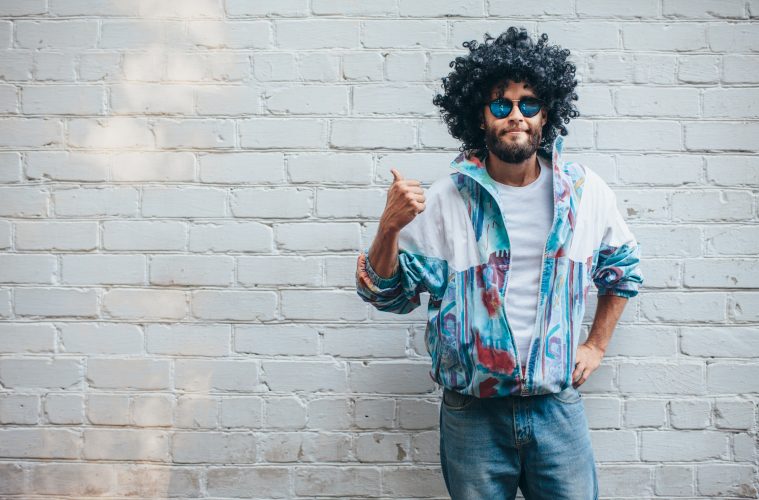 90s Fashion Trends That Are Back in Style

Styles come and go, but, when it comes to fashion, there’s often a revival of past styles after a decade or two have passed, and 2020 is no different. In the last few years, we’ve noticed more than a few of our favourite 90s trends making their way back around—like the Flava Flav-esque big gold chains for men and an armful of big scrunchies for women. Personally, we’re all in. In fact, we’re breaking out our old flannels right now as Nirvana softly plays in the distance …

Here are some of the hottest fashion trends happening right now that got their start back in the golden age of the 90s:

Every girl between the ages of seven to twenty-five had her precious collection of chokers during the 90s—from those stretchy braided chokers to leather-banded choker necklaces. And we, for one, are happy the trend is back. Chokers are a unique kind of necklace that wraps tightly around the neck and, in today’s world of fashion, they tend to be paired with a few other layers of necklaces of longer lengths.

If you were smart enough to hold on to your old chokers, it’s time to break those bad boys out again. Or, try shopping for modern takes on a classic jewellery style. Have you seen the Timberland boot cut in half and worn as a choker?

All gold everythang, that’s what we say. Gold is God when it comes to jewelry because it’s an expensive precious metal that can look elegant, flashy, and stylish—and show off what a baller you are. Though this trend hasn’t faded for big-time hip hop stars and professional athletes, we see the trend creeping back into the mainstream fashion world with people sporting thick gold chains paired with big iced-out pendants.

We all remember this classic look, right? For young girls living through the 90s, this was the ideal way to cover up a bad hair day. Back then, you could stick a thick headband in your hair that would keep those pesky little flyaways out of your face, grab your Lisa Frank notebook, and you were ready for the day. Now, headbands are back. And not those thin, fabric boho ones—these are the real deal. Thick, solid headbands with different-colored fabric wrapped around the base are making a serious comeback right now. 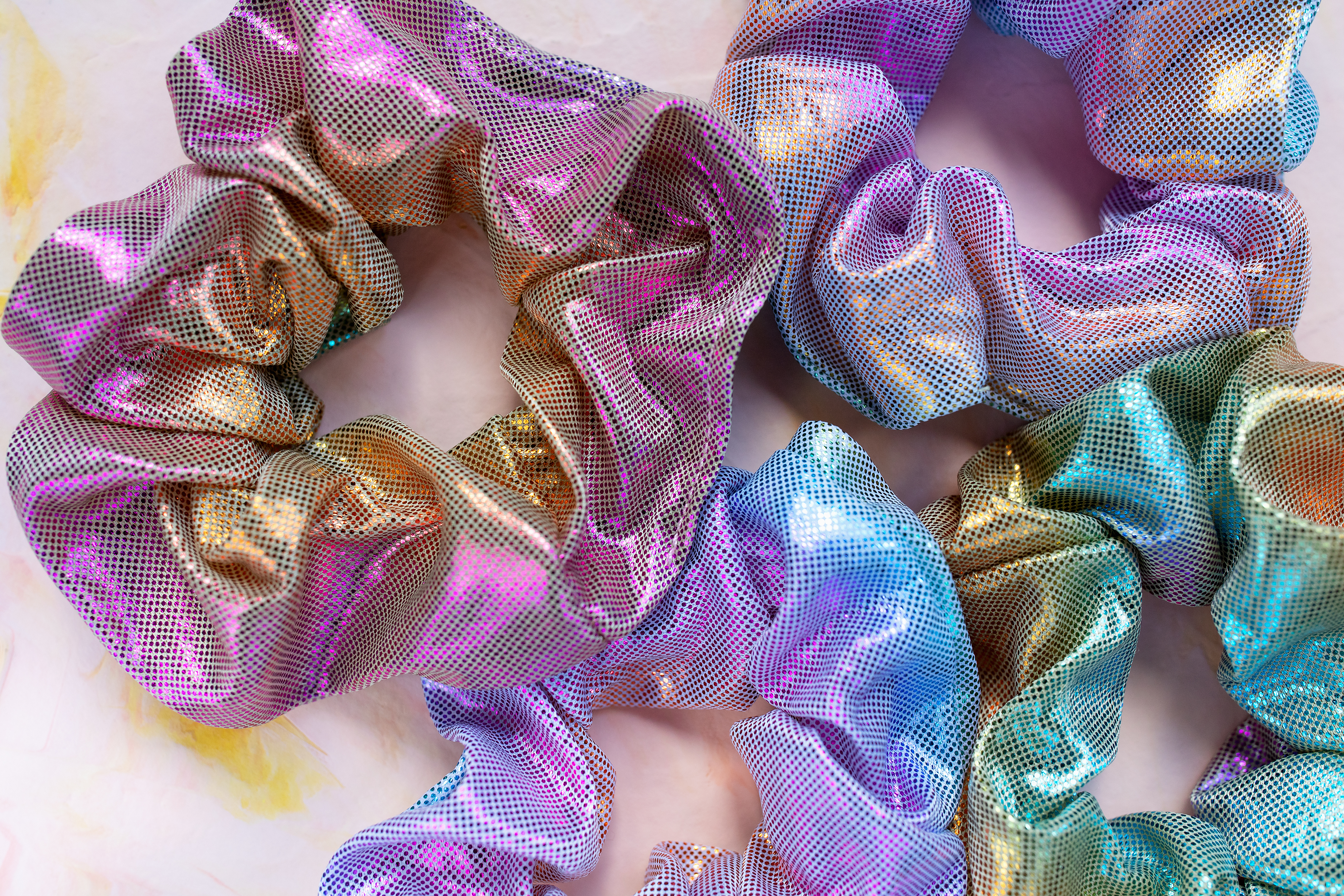 A few decades ago, scrunchies were all the rage—right next to that hairstyle we all do with the butterfly clips. Yeah, we don’t think that one is coming back any time soon, but hurray for the return of the scrunchies! Oddly enough, scrunchies were super cool in the 90s, but then suddenly they got a bad rap as one of the lamest accessories you could wear. Stepping out with a scrunchie on your wrist in the early 2000s was basically like going out in your underwear—embarrassing.

And, yet, the scrunchie has returned cooler than ever, with many people wearing them simply as a jewelry accessory.

Ah, yes, there’s something about overalls that’s simple yet very fashionable. In the 90s, it wasn’t unusual to meet up with your friend only to realize you had both made the very trendy choice to rock a pair of overalls. They lost some of their appeal in the early 2000s, but now the overalls reign supreme once again. In the past, overalls with baggy shirts was a look, but now women tend to pair them with a tighter crop top underneath, but men are still opting for the more covered-up version of overalls and a tee.

Honestly, we shudder a little bit every time we think of those days in the 2000s when everyone and their mother was wearing jeans so low that they were barely covering, well, what they’re supposed to cover. We’re glad everyone has collectively decided that look is just not cute anymore, which is why we’ve restocked our closets with an extensive collection of high-waisted jeans.

Although this style is geared more toward women, men’s jeans followed a similar trend, in those baggy jeans hanging well below your waist aren’t considered fashionable anymore. Just kind of inconvenient, TBH.

And, Patches on Denim

This is a trend worth getting excited over. While denim jackets have long been a staple of fashion, the trend seems to be getting more gritty, with people rockin’ jackets covered in patches or custom painted for a unique look. Break those old patches out of your 90s time capsule and make good use of ‘em.

The fanny pack has come a long way since the 90s. Everyone from that greasy kid at a music festival to your cool aunt is rocking a fanny pack these days. But, this accessory has gotten a makeover, with fanny packs often being called “waist bags,” as big designer names cash in on the fanny pack trend, trying to create the same convenient bag with a more fashionable twist. 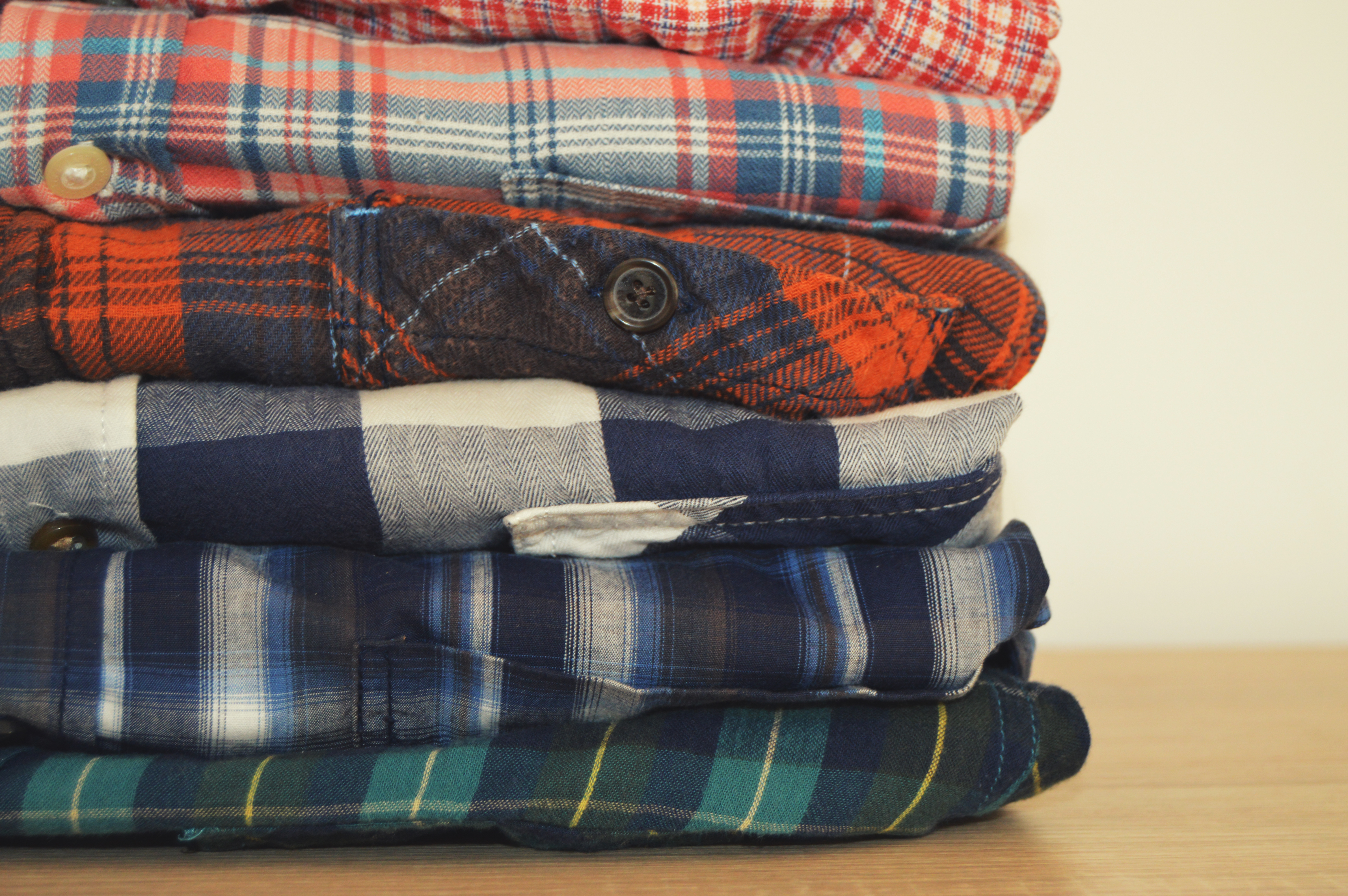 “Did you miss me?” ~ Flannel Shirts, probably.

It’s amazing that something as simple as a comfy flannel shirt was one of the most popular style moves of the 90s—and we want them back. In the 90s, flannel shirts were part of the grunge look with ripped jeans and combat boots. Today, many people modernize the look by pairing them with jean shorts or throwing them over a tee and jazzing it up with a dope gold chain.

Return of the 90s

Every trend makes its way back around. Well, the good ones at least. We’re hoping we don’t get a revival of the parachute pants anytime soon. But, the 90s ushered in a lot of great trends that we’re still trying to recreate today, from the fanny pack to flannels. If you’re looking to give yourself a bit of a retro look, try investing in gold chains, chokers and, perhaps the most 90s trend ever, scrunchies. Lots of scrunchies. We know you’ll nail the look.