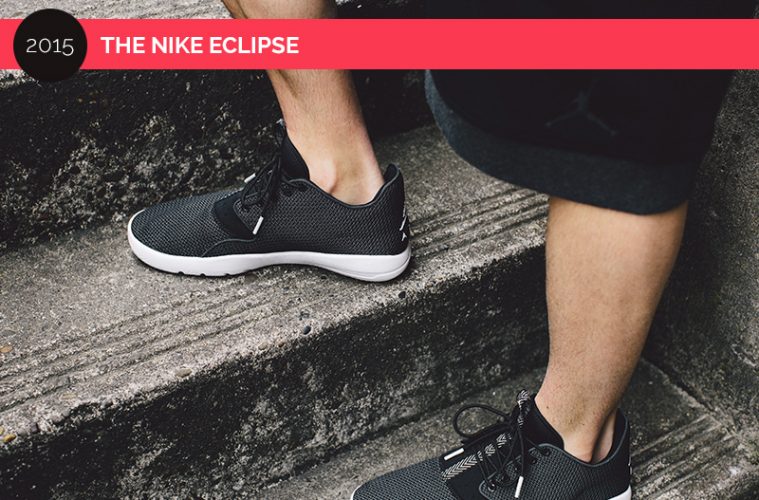 30 Years In The Making – The Nike Air Jordan

You’ve heard of the Air Jordan right? One of the most iconic sneakers to date, and a sneaker with great history.

The Air Jordan changed the sneaker game forever back when it launches in 1985, and since then Nike has released more than 30 different version of the iconic trainer.

Consistently innovating with the design and comfort, who knows what the future holds for Air Jordan?

With the release of the new Air Jordan Eclipse, we wanted to trace back in time and highlight some key milestones from the launch in 1985 to the present day.

The plan was simple from the get go, Nike wanted to design a sneaker that would stand out from the other silhouettes seen on NBA players. It was time to innovate the sneaker game, it was time to bring something fresh, something unique to the industry. The Air Jordan 1 Shadow is now available at GOAT.

Back in 1985 the classic sneaker was all-white, so their was a gap in the marketplace. It originally started with bold black and red colourways and the sneaker took off. 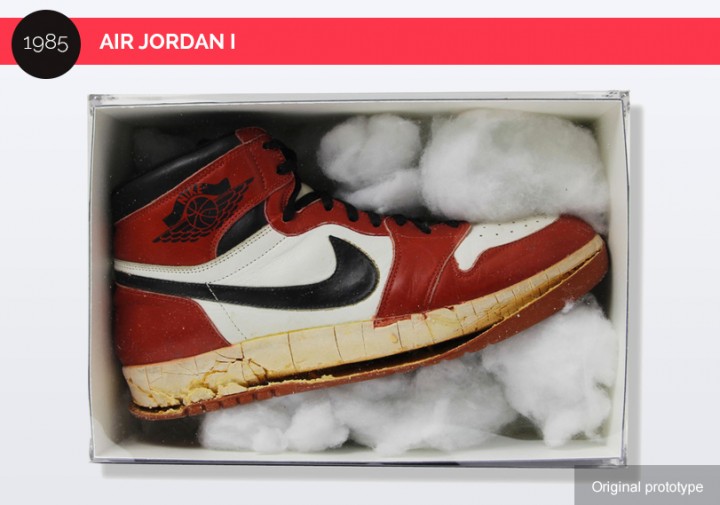 The shoes created a buzz within the NBA and after Michael Jordan debuted the sneakers the Bulls were fined $1000 because of the bold colours. Air Jordan sneakers were banned from professional basketball games.

Using this as marketing leverage, Nike launched a TV ad called ‘The Most Controversial Shoe In Basketball’, mocking the ruling. The marketing paid off, and the Air Jordan I sold around 50,000 pairs in it’s first run.

The sneakerheads loved the trainer, but Michael Jordan wasn’t so convinced. Initially he didn’t like the shoes, saying “When I first saw it, I said… I’m not wearing it. I’ll look like a clown!” But knowing that the shoes were getting people’s attention, it changed his perspective.

The Air Jordan II released shortly after, and then the third version launched in 1988.

The Air Jordan III is arguably the most iconic basketball shoe ever made. Tinker Hatfield (renowned designer and former pole-vaulter) was the creative force behind the sneaker, and it’s rumoured that he had no time to develop the Air Jordan III so he borrowed many of the stylistic features from the Air Revolution he was working on at the same time. 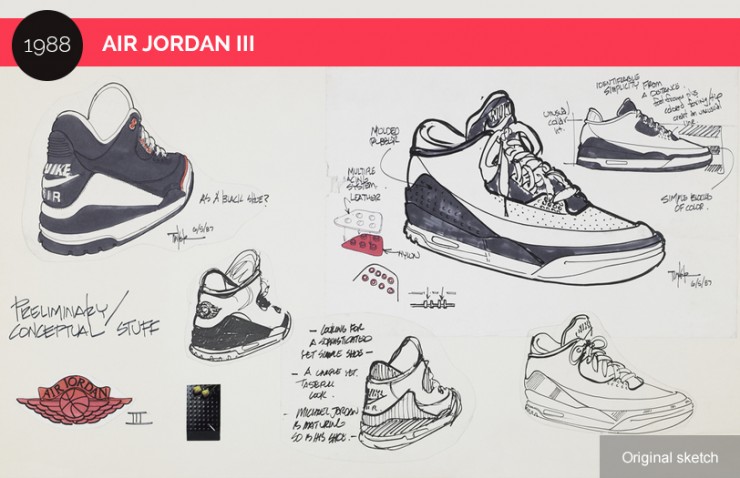 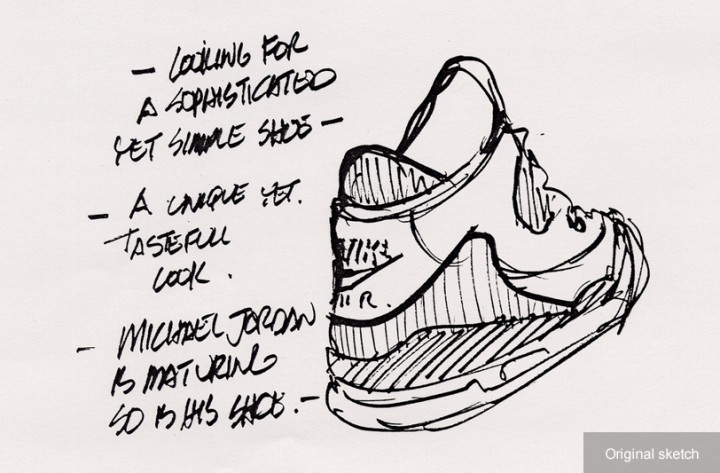 Fast forward to 2015 and The Nike Eclipise is the latest design from the Air Jordan range. It’s a sneaker with history, it’s still one of the most iconic sneakers out there and the Nike team are consistently innovating.

The Nike Eclipse is a lightweight but visually stunning design, and the low-top feature allows for easy ankle motion and the deconstructed textile gives next level breathability. 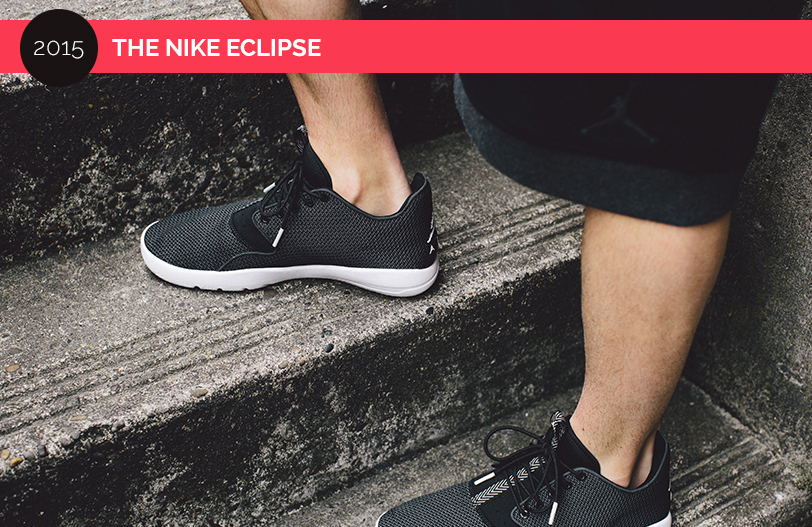 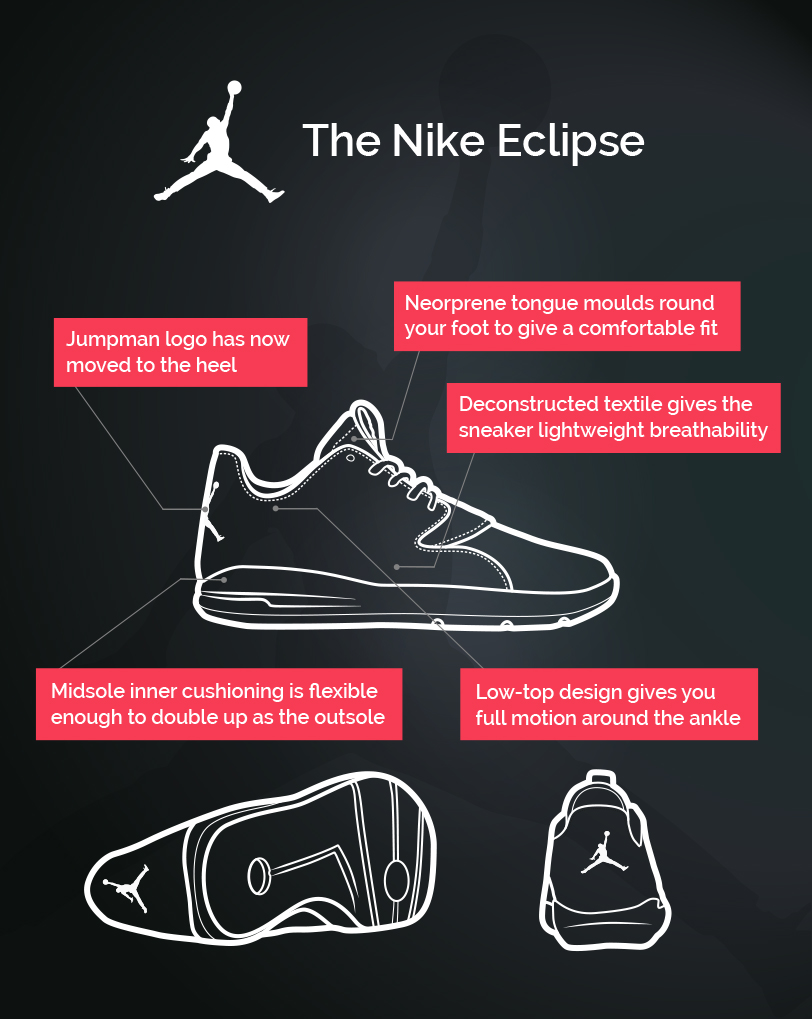 Looking to get your hands on a pair? Head over to Footasylum and check out the selection of Nike Eclipse.